The Cactus safe injection site in Montreal. Public health and staff at the site know that drug users are throughout Montreal and feel that more sites such as Cactus should be set up in the city. THE CANADIAN PRESS/Paul Chiasson

MONTREAL -- With Montreal public health alerting drug users about a toxic rainbow of pills and powders on the city's streets, addicts are often playing Russian Roulette to get their fixes.

But unlike the contest of will with a bullet, users are involuntary participants, says Jean-Francois Mary, executive director of safe injection site Cactus Montreal.

Mary objected to the notion in a recent La Presse article that compared drug users to those who willingly put a gun to their heads and pull the trigger.

"From one buy to another, they don't know how potent the stuff is," said Mary. "People choose to play Russian Roulette, but people have no choice because they are so sick. They want to be okay, so they're going to be using... People don't choose what they buy, they don't choose if they want to use or not."

Montreal public health Dr. Carole Morissette is constantly monitoring information from the coroner's office, nurse reports, community organizations and hospitals to get a better understanding of the drug problem in the city.

Public health observed a major increase in overdoses over the summer, as was reported at the time. Most of those overdoses were related to stimulants such as crack cocaine and methamphetamines.

Part of the risk of using stimulants in the summer is the heat.

"It's well documented that using stimulants when it's over 30 degrees outside, it increases risk of arrhythmia that causes death," said Morissette.

Then, the drugs changed.

On June 12, public health sent out an alert of a purple powder that appeared like heroin but included a much more powerful substance.

"What we saw is that samples were pure fentanyl," she said. "No other affiliates or no other drugs."

Montreal police (SPVM) said that there has been a significant increase in fatal and non-fatal opioid overdoses since the start of the pandemic throughout Montreal and that the quality of drugs has declined.

"Some dealers would cut their merchandise further with various products, including fentanyl in the case of heroin," said SPVM's media relations in an emailed statement.

Notices continued to come out though the fall and winter about a variety of drugs, most recently on Feb. 5 noting blue and fuchsia heroin that included traces of fentanyl and etizolam, a derivative of benzodiazepine. Morissette said there have been warnings over drugs in Montreal in "many, many different colours."

The new drugs caused a spike in overdoses.

Telling a user to not use a substance, however, does not solve the problem, Mary said.

"They don't want to buy the rainbow-coloured heroin. They want the real heroin," he said. "They have no choice because that's all that there is for them to buy... but sometimes the pill is very potent and one pill is enough to overdose."

If it was consistent from one batch to the other, Mary said people would be able to measure what they use, and wouldn't overdose very much, but because supplies are inconsistent, it changes all the time.

"That means they can't adapt, and can't measure," said Mary. "This is the issue right now."

Users often know when the drugs they are using are dangerous.

"So they come to us with their drugs, under the supervision of the nurses and their workers there," said Morissette.

The SPVM said it seized 3,517 isotonitazene tablets in 2020, which is a new synthetic opioid more potent than fentanyl.

"It cannot be remembered enough: drugs sold on the street can be extremely dangerous," the SPVM said. "Their composition is random and varies from tablet to tablet; the consumer never knows what he is ingesting."

Quebec City police (SPVQ) reported that they seized multiple bags of a variety of colours of drugs at the end of February.

Stigmatizing one drug as the source of all overdoses is an issue, said Mary.

That drug, such as isotonitazene, likely replaced another that people were seeking out.

"We've lived through that with crack, and it doesn't serve the purpose to demonize. What it does is actually bring attention to something we maybe shouldn't really be paying so much attention to it."

He added that police are not always helpful.

The SPVM said the force works with public health to carry out investigations and arrest suppliers and traffickers.

The force said it has trained nearly 3,300 officers to administer the anti-overdose drug Naloxone.

Mary sees a different reality on the ground with users.

"The police are making the situation so much worse right now. Even for us front-line organizations, they are making our lives very difficult right now," said Mary.

Police respond to 911 calls, but many users fear police.

Users have told Cactus staff that they may not call police a second time after a first negative experience with an overdose, said Mary.

"What do they do when they turn up? They try to seize the drugs on site," said Mary, adding that police often interrogate users over the source of their supply. "It's a huge risk for the safety of these people if they rat, because the dealer will know they are the ones that ratted on them."

Users can risk being beaten or killed for snitching, Mary said.

The police are also often a nuisance in an overdose situation, he added.

"We are dealing with a life-saving intervention when we are calling 911. The person might die," he said. "We want that intervention to go calmly."

Dealers will sometimes inform Cactus of new batches of drugs to watch for potency and such, but if they know the police are monitoring the centre and interfering, they will avoid calling, creating a risk.

"Now the people are not talking to us anymore because they know the police are around and looking for information," he said. "This is such an issue right now."

"First of all, the people they arrest are never the big fish, never," he said. "They're always the smallest fish. Sending the small fish to 10 years in jail, is it going to help? No, because someone's going to pick up the job the next day. It doesn't change anything. And the business is back, but with a different batch and a different concentration of fentanyl with more overdoses, every time."

WHAT PEOPLE NEED TO KNOW

"It's not going to disappear tomorrow, this overdose situation," said Mary. "What the public needs to know is how to intervene when they find someone overdosing and also save their lives."

Montreal public health started a media campaign in 2014 to inform and educate on the dangers of drugs as well as new products becoming available.

It's easier to reach drug users who use harm reduction sites such as Cactus than those who use at home, said Morissette.

"With the general population that use drugs at home, it's more difficult to reach them, right, because they don't come into community organizations," she said. "Those people are at risk of death related to overdoses mainly because they use at home alone."

Morissette said, as an example, that the people overdosing in July weren't at safe-use sites, but solo users at home.

"The public needs to know that a lot of people are overdosing right now, and there are things that people can do to revive someone from an overdose," said Mary.

More safe-injection services in more neighbourhoods is vital to curb harm in the drug-using community, which is spread across the province, said Mary.

"Each neighbourhood should have a safe consumption site because people won't move," he said. 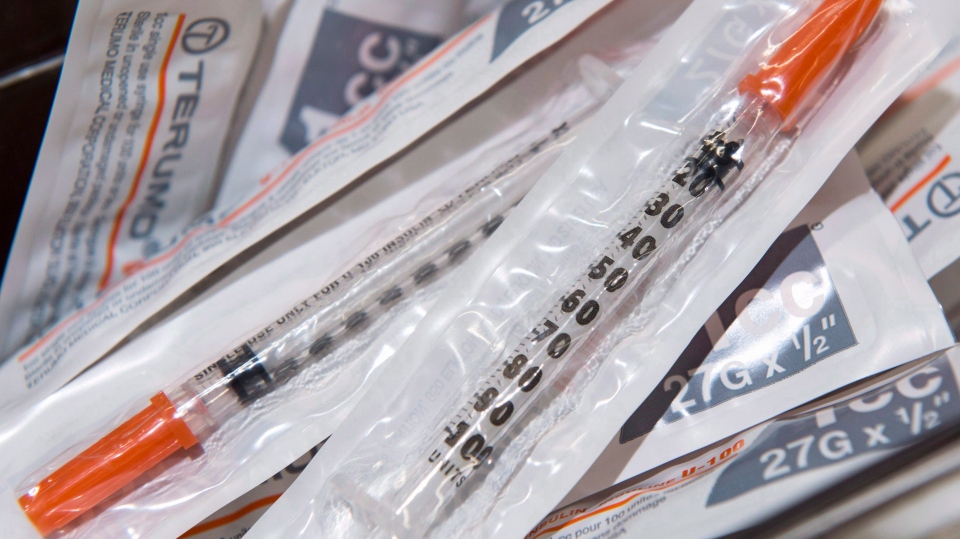 Mary would like to see a network of safe consumption sites that includes centres for women only. Many users live nowhere near downtown Montreal and therefore far from a safe injection site.

Scare tactics or telling users to "just say no," Mary said, are not helpful.

Politics and protocols aside, Mary said that the goal should always be to reduce harm and save a person's life.

No Quebecer would be comfortable if pools did not have lifeguards, but there is not the same concern for people overdosing, said Mary.

"We have less than 100 deaths from drowning in Quebec every year, and we have over 400 deaths from overdoses," said Mary. "How come we don't have the same protocols for drowning as for overdoses?"