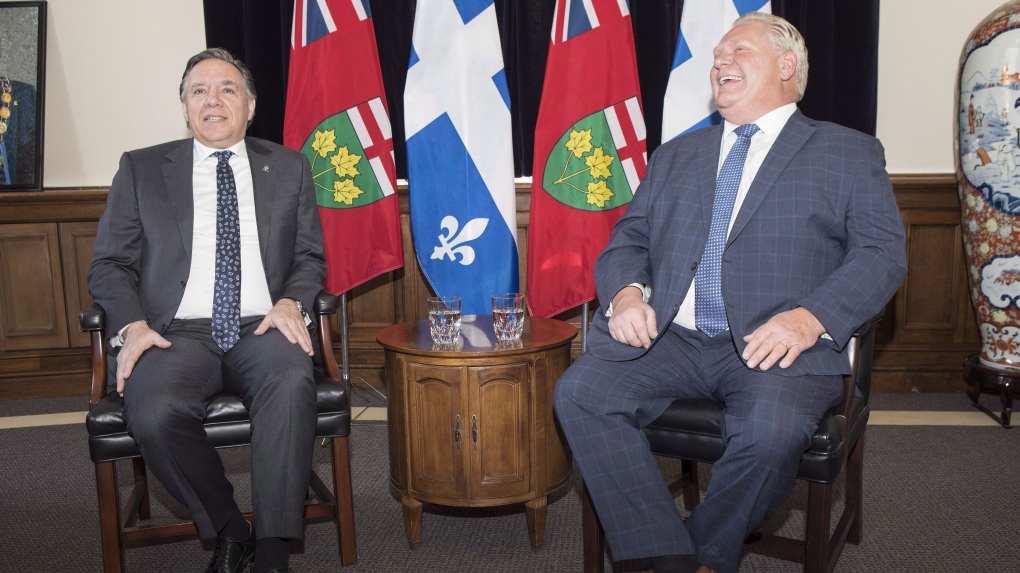 MISSISSAUGA, ONT. -- Quebec Premier Francois Legault may be an 'excellent seller', but Ontario will not buy Quebec electricity.

The door is currently closed, according to what his counterpart Doug Ford said on Sunday in Mississauga.

Ford spoke on the sidelines of a news conference, announcing that he was going to bet on small modular reactors, in collaboration with premiers Scott Moe of Saskatchewan and Blair Higgs of New Brunswick.

He confirmed that he still talked about hydropower at a dinner with Legault on Friday night in Montreal.

"Of course, he tried to sell me energy all night, and he did a great job," Ford said at a news conference just before a dinner for all provincial premiers Sunday night. This dinner preceded a summit of all premiers on Monday in Mississauga.

According to Ford, the problem is that his province is in energy surplus and not in deficit.

The CAQ Premier has been trying to sell Hydro-Quebec's surplus to Ontario since he came to power last year, but his counterpart has remained reserved.

In response to a question from a reporter about whether the door was closed on an agreement to purchase Quebec electricity, Ford replied: "Currently, yes."

"Legault and his neighbour from Newfoundland and Labrador, Dwight Ball, who also wants to export hydro, are great sellers who are not giving up," commented Ford.