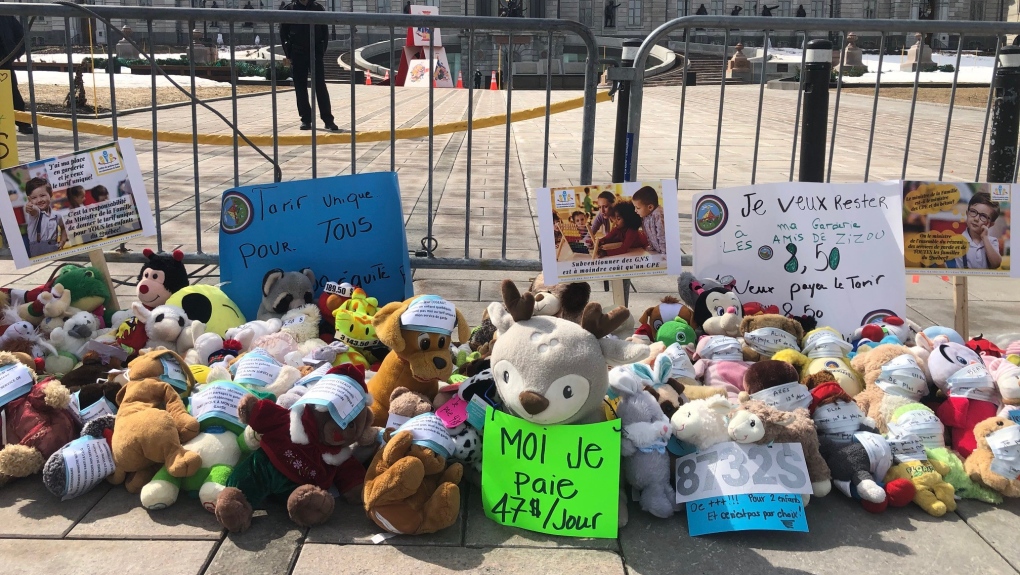 A display of toys and signs sit by a fence outside Quebec's National Assembly on Wednesday, March 24, 2021. (Stephane Giroux, CTV News)

QUEBEC CITY -- A few parents accompanied by their young children began a demonstration early Wednesday morning in front of the National Assembly in Quebec City to demand more daycare spaces.

Families Minister Mathieu Lacombe went out to meet them.

The demonstration was organized by the group Ma place au travail, which says it is speaking on behalf of the 51,000 parents waiting for a childcare space.

The group is asking Lacombe to ensure that quick and concrete solutions are included in the budget that his colleague, Finance Minister Éric Girard, will present on Thursday in the National Assembly, without harming the working conditions of educators and the proper development of children.

Myriam Lapointe-Gagnon, spokesperson for Ma place au travail, pointed out that for the 51,000 parents affected by the lack of child-care spaces, the family and financial consequences can be significant. 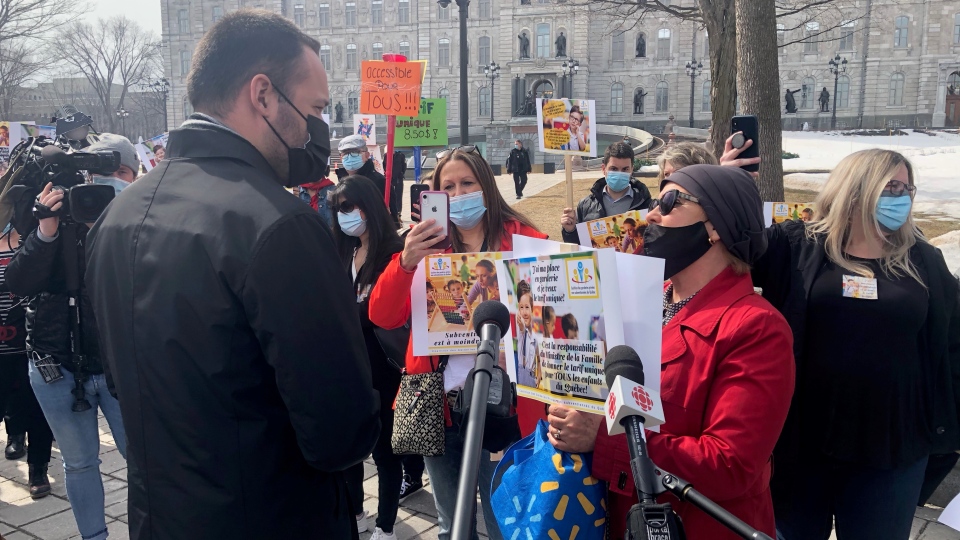 Last week, the Quebec government said it hopes to open 5,000 to 7,000 new subsidized spaces by March 2022 by easing administrative rules.

At the beginning of his mandate,  Lacombe promised to create 13,500 new subsidized child care spaces, mainly in the Centres de la petite enfance (CPE), in less than two years. But he has only managed to open 2,500 spaces while the waiting list exceeds 51,000 names.

The minister is now planning to ease controls and lower the standards for public tenders, allowing more daycares to open. Currently, any child care project must be tendered for $50,000 or more; from now on, if the project is less than $105,700, it will be accepted by mutual agreement.

- This report by The Canadian Press was first published March 24, 2021.