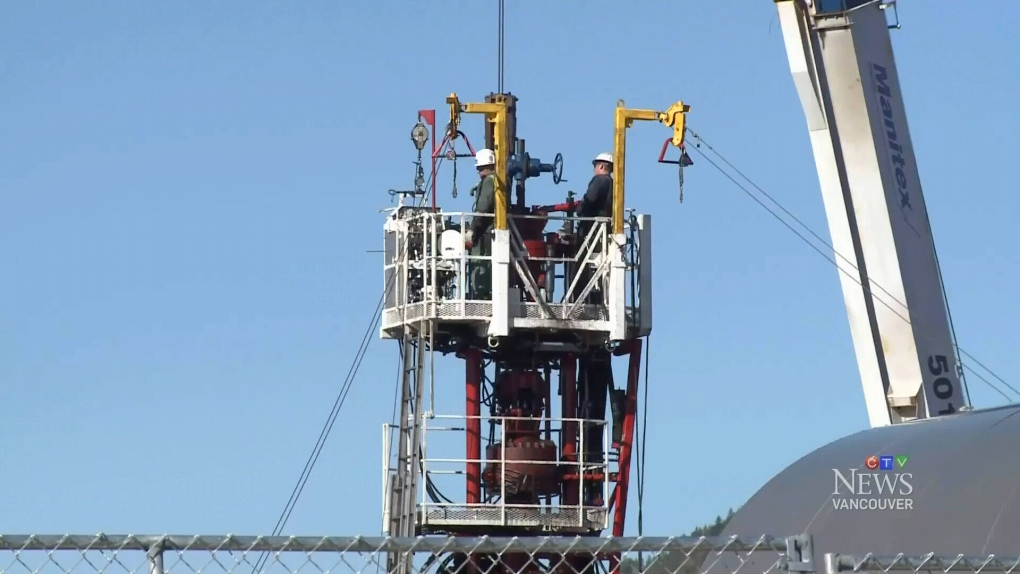 MONTREAL -- Congenital anomalies, cancers and asthma are just some of the risks posed to human health by fracking, the extraction of natural gas by hydraulic fracturing, according to the Canadian Association of Physicians for the Environment, which is recommending an immediate moratorium on the practice.

In a report released Wednesday, the group notes the dangers of fracking to the environment, but largely focuses on the effect of fracking on the health of patients.

This process requires the drilling of deep wells, combined with horizontal drilling and the injection of water, sand and, very often, toxic products, at very high pressure to fracture a rock formation and release natural gas.

According to the group, this process is "dangerous, toxic and harmful to the environment."

More than a thousand different chemicals are used in fracturing liquids, the group said in the report.

"The toxicity of these products is variable and in many cases no information is available on the toxic effects. Some of them are known or suspected carcinogens."

This report by The Canadian Press was first published Jan. 29, 2020.