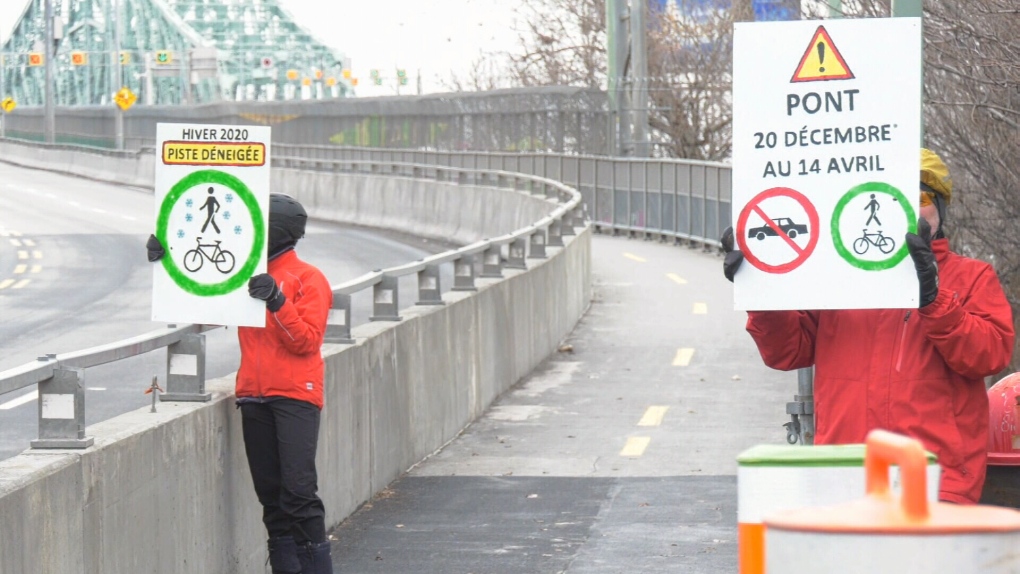 MONTREAL -- Cyclists are pushing for the bike path on the Jacques-Cartier Bridge to be open to everyone all winter long.

Activists gathered at the foot of the bridge Sunday to call for access to the path throughout the winter.

The path usually shuts down in the winter, but this, year The Jacques Cartier and Champlain Bridges Incorporated, which is in charge of the bridge, chose 25 cyclists to be part of a pilot project to test out snow removal techniques.

Those chosen will have to cross the bridge on their bikes every day.

"A lot of people would use it if it was open," said Mike Muchnik of the Association of Pedestrians and Cyclists on the Jacques-Cartier Bridge. "For example, there were only these 25 spaces for this project study and there was a two-week period to sign up, and they closed down the signup after 24 hours because more than 150 people had applied, so we figure there could upwards of 500 or maybe 600 people who want to use the path in the beginning."

The JCCBI has cited three challenges that pose winter safety risks to foot and bike commuters: weather conditions of the St. Lawrence River, the path’s irregular geometry, and the risk of falling ice.

Cyclists, who have been fighting this issue for more than 13 years, say the pilot project is a good first step, and are hopeful access will improve next year.