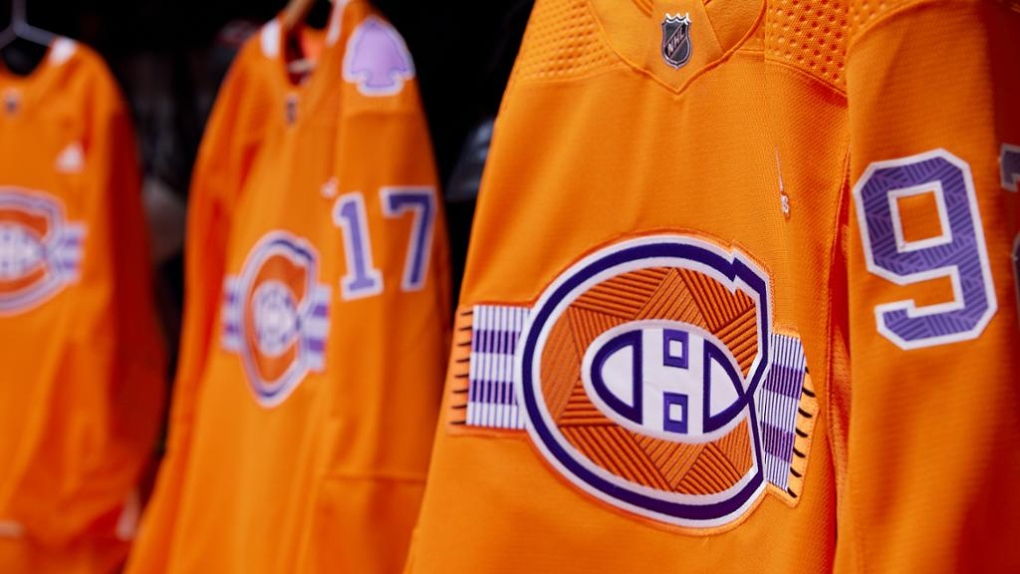 "We got it," said Mukash in a video posted to social media earlier in March. "We’re singing the national anthem."

"I hope I do it justice. I hope I do you guys justice," he continued. "For anyone that’s not a Habs fan, just cheer the Habs on this one time."

An auction garnered funds for organizations working with Indigenous youth in Quebec.

"The fight against the different forms of racism and discrimination against Indigenous people is still not over," said Ghislain Picard, Chief of the Assembly of First Nations Quebec-Labrador, who will attend the event, in a Friday press release.

"I would therefore like to warmly thank the Montreal Canadiens," he continued, adding the event will help to "strengthen the ties that unite our communities and our nations."

The orange jerseys feature an adapted Canadiens logo over a Two Row Wampum design modelled after the Two Row Wampum Belt which represents an agreement of respect between Haudenosaunee peoples and Europeans in the area. 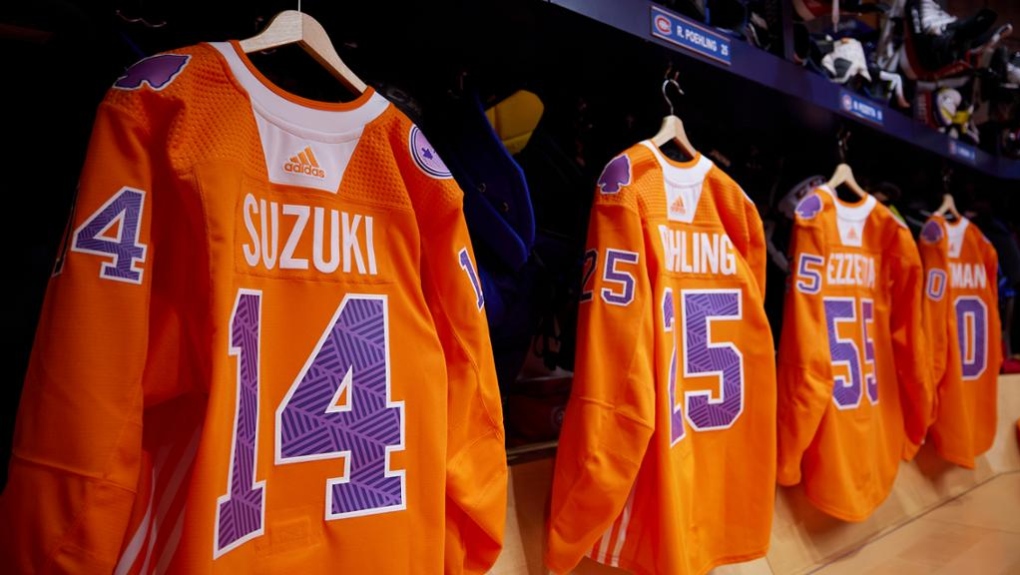 Hats, tee-shirts and hoodies designed after Deer’s jerseys are available for sale. All profits will go to the New Pathways Foundation.

"I wish I could tell my six-year-old self that I would be asked to do design work for the Montreal Canadiens," said Deer in a Saturday press release, whose illustration credits include Transformers, G.I. Joe, Godzilla, M.A.S.K., Micronauts, Ghostbusters, Star Trek, and Star Wars.

A full rundown of the meaning behind the jersey's design can be found here.

"At the beginning of the season, we made a commitment to take part in the reconciliation process by putting forward initiatives aimed at recognizing, honouring and supporting Indigenous peoples," said team owner Geoff Molson in a Friday press release.

"Through our actions, we want to inspire positive change in terms of diversity and equity within our sport, both on and off the ice, as well as in the community, in order to provide all players and fans an inclusive and welcoming environment, free from any form of racism or discrimination."