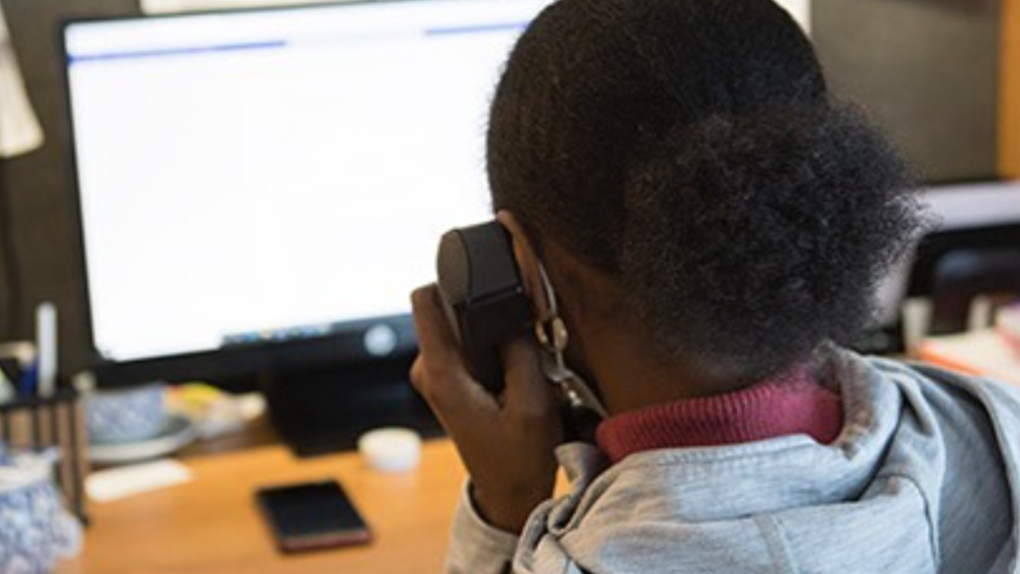 SOS Conjugale said it is harder for some domestic violence victims to access their services if they are home all day with an abusive partner. (image: Alliance MH2)

MONTREAL -- Often forced to stay home and unable to reach out for help, victims of domestic violence are facing added difficulty due to COVID-19 lockdown restrictions, support workers say.

“What we have seen with COVID, it has complicated an already complicated situation for victims of intimate partner violence,” said Claudine Thibaudeau, a social worker and clinical supervisor at SOS Conjugale, a hotline and website offering support and services to domestic violence victims.

There’s already so much at stake for victims when they consider leaving an abusive situation, said Thibaudeau, and COVID-19 has only added to the problems.

Victims are forced to be with their abusive partners almost all the time, as most people are working from home. That can make it difficult to reach out for help or call a friend or hotline, Thibaudeau said.

Women sometimes call SOS Conjugale from their cars while going to the grocery store because it’s the only time they’re away from their partners and feel safe.

Victims are often now staying longer in abusive situations because it’s so difficult to plan ahead with the uncertainty of the virus, said Gaelle Fedida, political coordinator for Alliance MH2, a group of 24 second-stage shelters all over Quebec.

A second-stage shelter offers support to women who need to stay longer than they could at an emergency shelter. Alliance MH2 shelters offer women with or without children specialized services immediately after they leave a domestic violence situation right through to safe transitional housing.

“Women on the phone have told us they can't get out. They say they would not go out with their children,” she said. “They are scared of the virus of course, but they are also scared of the curfew and they’re not sure they can get out of their situation.”

In January, Public Security Minister Genevieve Guilbault said anyone living in an unsafe home can leave it if necessary, even during the curfew period.

“In no case do we want this curfew to prevent you from leaving a living environment that is harmful to you or your children,” said the deputy premier at the time.

Fedida said she’s sure there will be an increase in admissions to both emergency and second-stage shelters when lockdown restrictions ease.

As soon as the victim can get a bit of separation from their partner, they will have more time and space to seek help, she explained.

Fedida fears their shelters won’t be able to meet the demand.

In October, the Canadian government announced an additional $50 million in funding for organizations providing support and services to those experiencing gender-based violence.

Many of the shelters in the Alliance MH2 network were supposed to receive some of that funding, to create 106 new spaces – but have yet to see any money.

“All our colleagues from elsewhere in Canada got their money in November. We are mid-February and still don't have it in Quebec,” Fedida explained.

Fedida said they expect to receive the funding in mid-March.

“At the end of the day, it's an emergency situation, and the money takes six months to get in the field. It's absolutely disrespectful,” Fedida said.

PUTTING WORDS TO AN ABUSIVE SITUATION

Because domestic violence victims may stay in potentially violent situations during lockdown, SOS Conjugale found a way to meet the need.

It launched a new website in November that serves as a resource for those struggling to find support in other ways. It has received over 67,000 visitors so far, Thibaudeau said.

One of the website’s most effective features is a questionnaire aimed at helping victims put words to their situation. It consists of 25 questions derived from 12 different forms of intimate partner violence, some of which include psychological violence, emotional violence and physical violence.

Thibaudeau said the goal of the questionnaire is to empower the victim by putting words to their situation.

“When you have words, it’s a lot easier to ask for help,” Thibaudeau said.

More than 6,000 people have completed the questionnaire since it launched, and Thibaudeau said many victims told SOS Conjugale that filling it out has validated their situation for the first time.

HOW TO SUPPORT VICTIMS

The most important way to support victims of domestic violence right now is to stay present in their life and offer to help with little things that can make a difference to them, Thibaudeau explained.

She emphasized that while it is important to remain in contact with the victim, ensure that you are doing so in a way that won’t place them in danger. Find a time to check in when the partner isn’t home or set up private code words that can be used to signal for help.

“The person is probably in the worst physical and mental state that they've ever been, because of the violence,” Thibaudeau said. “So they need support in many different areas, especially at the time of separation.”

If you or someone you know is experiencing domestic violence, reach out to the following resources, or call 911 in an emergency.