COVID-19: Quarter of Canadian small businesses say they could go under in a month 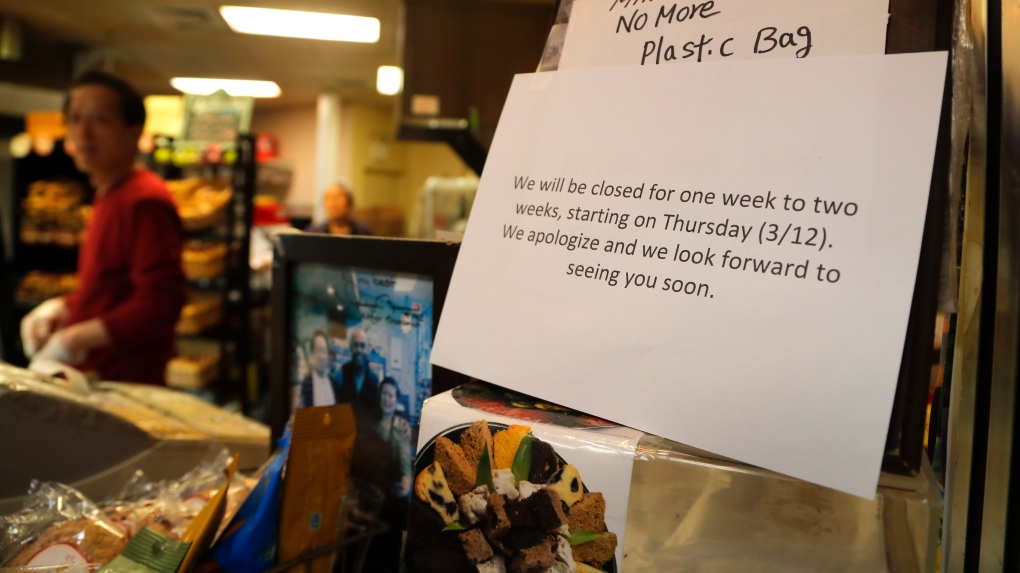 A notice hangs near a cash register. (AP file photo)

MONTREAL -- Half of Canadian small businesses have reported a drop in sales due to COVID-19 and a quarter say they won't survive a month if the pandemic continues to significantly cut their income, according to a new report by the Canadian Federation of Independent Business (CFIB).

Four out of 10 businesses reported a drop in sales of more than 25 per cent, according to the CFIB, with the average reported financial hit being $66,000.

The CFIB survey found that arts/recreation, hospitality, personal services and retail businesses have been most affected by the pandemic.

Among the survey's other findings regarding small businesses and how they have been affected by COVID-19:

The online survey was launched March 13 and as of the time of the numbers reported above, 8,730 business owners had responded. The CFIB says a sample of that size would have a margin of error of +/- 1 per cent, 19 times out of 20.

Met Gala postponed due to the coronavirus outbreak

Travelling back from Florida? Eight tips for snowbirds returning to Canada

Trump pushes for massive aid from Congress, checks to public

COVID-19 has now infected more Canadians than SARS did

Is a second COVID-19 wave coming? Answers to that and other questions

'Like resting on a bed of nails': Restaurants on closing doors amid COVID-19

Conference Board says Canada to avoid technical recession despite hit

What happens if Trudeau becomes unable to fulfill the PM's duties?

These stores are reserving shopping hours for seniors

How the pandemic is playing out on the B.C.-Washington border