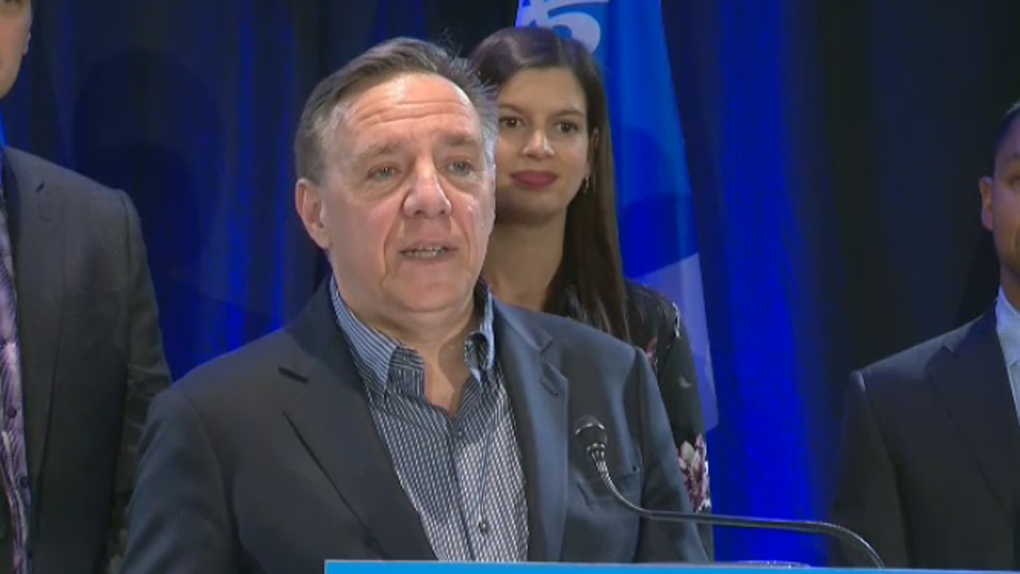 The immigration plan of the Coalition Avenir Quebec, the party leading in the polls less than five months away from the provincial election, reportedly suggests Ottawa expel newcomers who fail to properly integrate.

Premier Philippe Couillard said Tuesday the plan is impracticable and that it considers immigrants as "problems that need solving."

L'Actualite, a Montreal-based magazine, published details on Monday of what it says is the recently adopted immigration policy of the Coalition.

Under the plan, immigrants to Quebec would receive a temporary three-year permit and be tested on certain criteria such as knowledge of the French language in order to receive authorization to apply for Canadian residency.

Newcomers who repeatedly fail the tests would not receive the authorization and would be flagged at the federal level as living in Quebec without status.

The Coalition did not deny the authenticity of the document Tuesday when questioned about it by reporters.

Coalition member Nathalie Roy said her party's proposal is aimed at ensuring that those who want to permanently reside in Quebec are properly integrated into society, which she suggested is not the case for many newcomers.

She said Couillard and his party wants to "hide the problem under the carpet."

The unemployment rate for immigrants after five years living in Quebec is 15 per cent, Roy said.

"More than one immigrant out of four leaves the province and immigration in the (outlying) regions is low," she added. "The Coalition's proposal is to make sure that the people who come to live here permanently speak French, adhere to our values and want to work."

Couillard said the Coalition's plan is not realistic.

"This is another example of the Coalition improvising policy," he said in Montreal, alongside well-known venture capitalist and businessman Alexandre Taillefer, who officially announced he will head the Liberals' 2018 election campaign.

"(Their plan) is not workable in many ways -- it's just not workable," Couillard said. "What we hear in their discourse is that immigrants are a problem, that they are problems that need solving. It's the opposite: they represent an extraordinary opportunity."

Taillefer pointed out that Quebec has historically been "nourished" by immigrants. He said he sees immigration as "an incredible strength."

The Coalition's plan reportedly includes lowering overall annual immigration to Quebec by 20 per cent, to 40,000, and to increase the budget to help newcomers learn French.