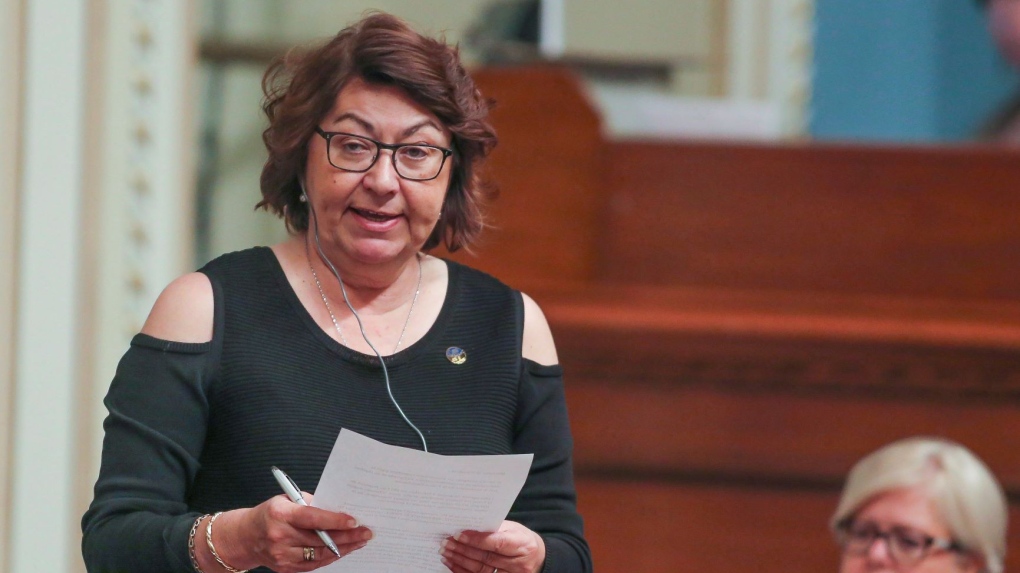 CAQ MNA Claire Samson was booted from caucus Tuesday, June 15, 2021, after it was revealed she made a $100 donation to the Conservative Party of Quebec. THE CANADIAN PRESS/Francis Vachon.
montreal -

Samson was booted from the CAQ's caucus on Tuesday night.

Political plot twist: CAQ boots @clairesamsoncaq from its caucus for making a donation to the Conservative Party of Quebec, led by @E_Duhaime. Duhaime organized an anti-mask protest last August and has been accused of promoting conspiracy theories. #assnat #polqc @CTVMontreal

When The Canadian Press contacted the 66-year-old MNA to speak about her expulsion, Samson said she had not been informed of the decision.

However, she insisted she was happy her association with the CAQ was "over" as she was always made to feel that she had "no place in the party" or caucus.

In a press release, the CAQ stated Samson was kicked out for having made a monetary donation of $100 to the Conservative Party of Quebec (PCQ), led by Éric Duhaime.

She says she does not regret making the donation, believing that she has the right to contribute to any party of her choice.

However, the CAQ says it could not accept that a member of its government financially supported a party that challenges science and COVID-19 health measures, as Duhaime has done on many occasions.

First elected in 2014, Samson maintains she intends to finish her mandate and will now sit as an independent.

She notes she is also not ruling out making a move to the PCQ, which currently does not have any MNAs in office.

In 2018, Samson, who has a long track record in management positions in the communications field, said she was disappointed to not be part of François Legault's cabinet.

She insists the premier has done nothing since to reassure her.

Samson, who has suffered from health problems in recent years, says she does not plan to run in 2022.

-- This report by The Canadian Press was first published in French on June 15, 2021.