Canadiens' Cole Caulfield out for a week after upper-body injury 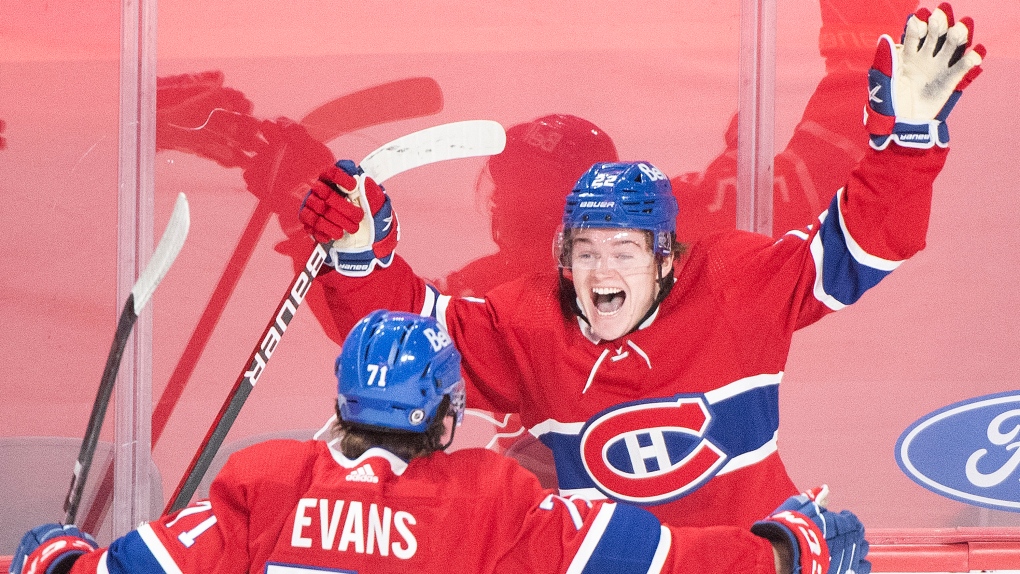 BROSSARD, QUE. -- Montreal Canadiens forward Cole Caufield is expected to miss about a week of action due to an upper-body injury.

Head coach Dominique Ducharme revealed the information Monday morning, adding that he would meet with the Habs' medical team later in the day to get more details.

Ducharme also confirmed that Caufield was injured during the warm-up period of a Reds vs. Whites intrasquad game on Sunday afternoon.

Caufield, who is 20 years old, is about to play his first full NHL season. He scored four goals and one assist in 10 games last season before adding four goals and eight assists in 20 games during the playoffs.

Ducharme also said defenceman Joel Edmundson is expected to join his teammates at practice on Tuesday or Wednesday. Edmundson has been skating alone since the start of camp due to an undisclosed injury.

Brendan Gallagher was reunited with his teammates on Monday morning. Gallagher missed the start of camp for family reasons.

Ducharme also said that defenceman Sami Niku, signed as a free agent on Friday, was scheduled to participate in a first practice later Monday with Group C. He will join one of the two main groups on Tuesday.

- This report by The Canadian Press was first published in French on Sept 27, 2021.