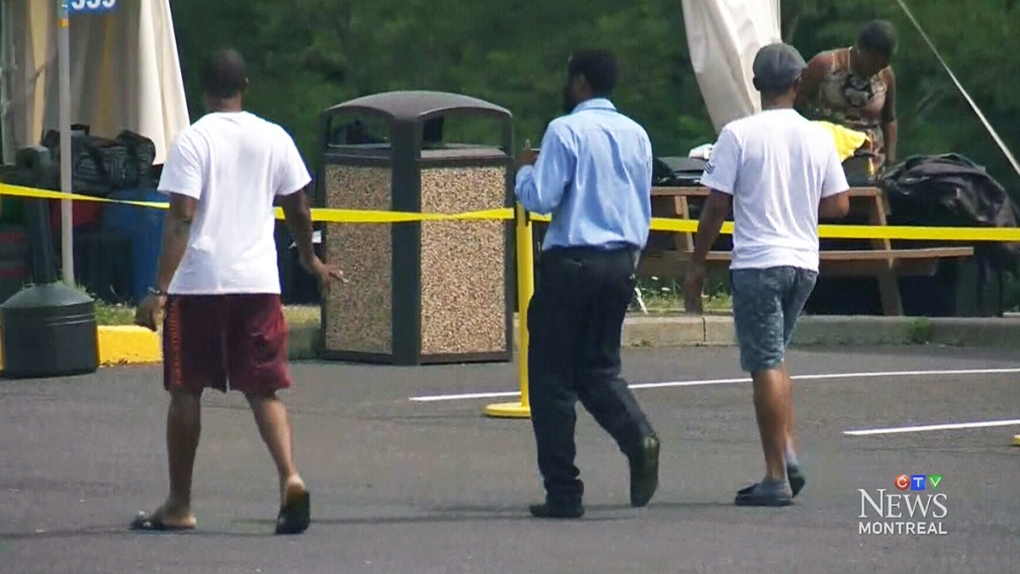 OTTAWA -- The majority of asylum seekers who have crossed illegally into Canada so far this year were Haitian and so far, only 10 per cent of their claims have been accepted, newly released data showed Wednesday.

Since February, the Immigration and Refugee Board has received 14,467 claims in total from what they call irregular border crossers, and the overall acceptance rate sits at 60 per cent.

The fact that the number of successful Haitian claims is "very low" should serve as a cautionary tale for those still contemplating crossing into Canada illegally from the U.S. to seek asylum, said Immigration Minister Ahmed Hussen.

"Coming to Canada first of all has to be done through regular channels, and secondly the asylum system is only for people who are in genuine need of protection," Hussen said.

"It's not for everyone."

People have been crossing into Canada between official checkpoints in increasing numbers since the start of the year, but the summer months saw a major surge after the U.S. government notified those who hold temporary protected status in that country that their status would be under review.

Just under 60,000 Haitians are covered by the policy that protects against deportation. In the weeks after the Trump administration's initial announcement, some began making the trek north to Canada to try and seek asylum here, propelled in part by misinformation online suggesting Canada has special programs for those affected by the policy.

At one point in late July and early August, the number surged to upwards of 250 a day. The rate has since fallen dramatically, but fears it could spike again ramped up this week as the U.S. announced it is in fact ending the policy for Haitians, known as TPS, as of July 2019.

That includes a meeting scheduled Thursday with federal and provincial officials overseeing the asylum issue at the border. Among other things, they'll review the statistics from the IRB, which break down the claims by country of alleged persecution.

Those whose claims are rejected do have avenues of appeal, and if those fail, they face deportation.

Hussen said he didn't know how many border crossers were pursuing appeals, nor how many -- if any -- had been removed from Canada. He said people often choose to leave voluntarily, but didn't know whether that was the case for any members of the summer cohort.

After the 2010 earthquake in Haiti, Canada had temporarily paused deportation to the country. But Canada resumed deportations this year.

Conservative immigration critic Michelle Rempel said she's troubled by the fact that only a fraction of the claims received by the IRB have been heard. Of the over 14,000 they've received, they've only finalized 1,572.

"The IRB is so backlogged, it will get out into the community -- you can enter the country illegally, and not have your case heard for a significant period of time while still being able to access social support services," Rempel said.

"To me, the government is going to have to get on top of that quickly."