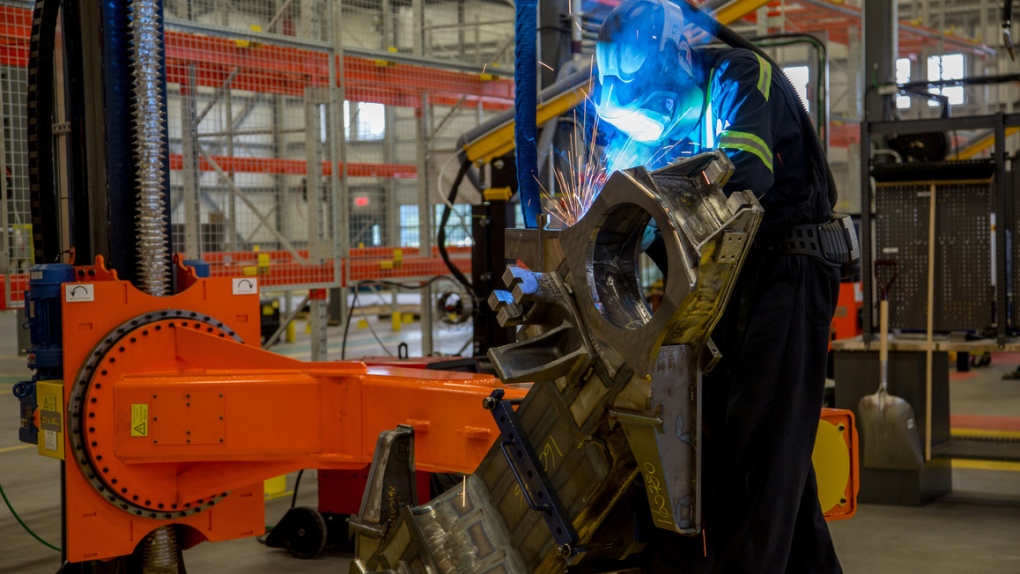 Employees were laid off at the La Pocatiere plant after wires were stolen from a plant in Mexico disrupting the supply chain. SOURCE: Alstom

MONTREAL -- Nearly 130 employees at Alstom's La Pocatiere plant will be laid off because parts were stolen from a plant in Mexico.

The French multinational confirmed to The Canadian Press that 70 employees at the Lower St. Lawrence plant have been laid off for more than six months.

Alstom estimates that another 50 employees could be affected by the backlash over the next few months.

While many of these layoffs had been announced for later in 2021, a theft of parts specific to the manufacture of the Azur cars for the Montreal metro precipitated matters for many employees who lost their jobs on Friday.

"On March 7, wires were stolen from the Huehuetoca plant in Mexico, which forced us to stop the assembly line in La Pocatiere," explained the president of the La Pocatiere employees' union, Claude Michaud.

According to Michaud, the interruption of this part of the work in La Pocatiere could last between three and six months.

"We have a lot of contracts that are going to end soon, so we were expecting layoffs during the summer," he said.

The contracts for the Azur cars and the Toronto Metrolinx are among those that will expire soon.

Other layoffs were also planned for next fall.

"In La Pocatiere, we are used to layoffs, since our contracts are cyclical in nature. We hire people and then lay them off, it's always unfortunate," said Michaud.

However, the president is pleased with the $56 million loan - which could be transformed into a subsidy if job thresholds are reached - to modernize Alstom's facilities in the Bas-Saint-Laurent.

Michaud also said he was pleased with a recent discussion he had with Alstom's head Henri Poupart-Lafarge.

"He assured us that we were a flagship plant in North America and that he would work hard to bring work back to La Pocatière. He recognized our expertise and our versatility," said Michaud.

Before the layoffs were announced Friday, the plant had 420 employees. There should only be about 100 left by the end of the year.

As for the incident in Huehuetoca, Alstom says it has filed a complaint and that an investigation by local authorities is underway.

"Alstom's operational teams specialized in supply chain management, have been mobilized to minimize these impacts as much as possible and to ensure a resumption of all production, in a normal situation, as soon as possible,'' a spokesperson wrote in an e-mail.

-- this report by The Canadian Press was first published April 2, 2021.