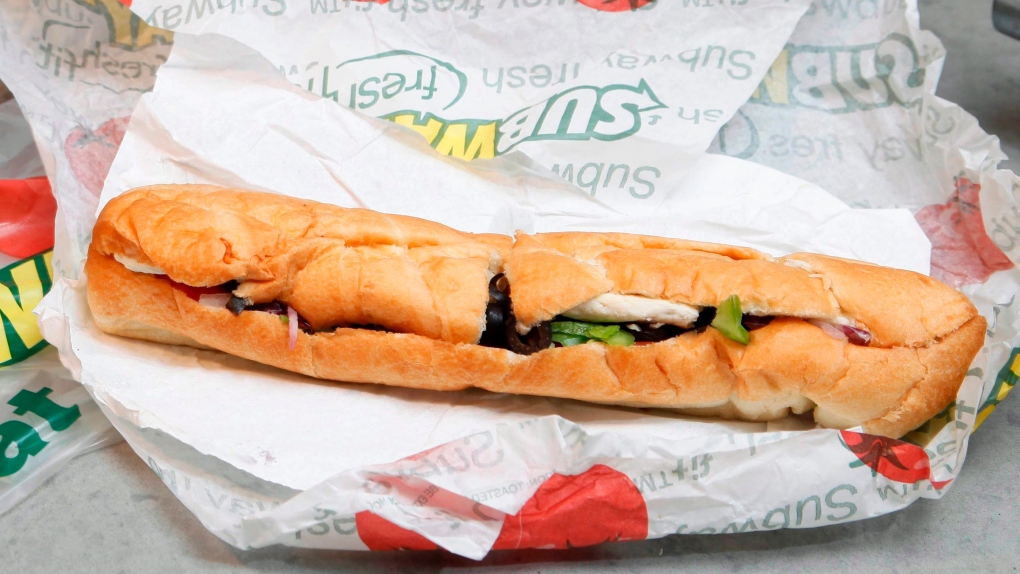 MONTREAL -- After a controversial media report and a failed lawsuit, anyone who's bought a chicken sandwich from Subway -- at least in Quebec, over the course of three years -- is going to get some definitive answers about what they actually ate.

Quebec's Court of Appeal has authorized a new class action lawsuit in the province against the fast-food chain, which has been accused of having misrepresented what's really in its chicken sandwiches.

The province's Superior Court initially refused, in 2019, to give the class action a green light. But in a decision released earlier this month, the Court of Appeal ruled that the lawsuit can proceed through all the steps leading up to trial.

The lawsuit will represent all those who bought a chicken sandwich at a Subway in Quebec between February 24, 2014 and December 31, 2017.

Subway is accused of having falsely represented their sandwiches as being "chicken." This claim is based on a CBC Marketplace report that reported the results of a DNA analysis performed by a researcher at a Trent University laboratory.

According to that research, the pieces of chicken found in Subway sandwiches contain only about 50 per cent chicken DNA, the rest being soy.

The company challenged the application for the class action on several grounds. The company maintains that the DNA analysis report in question lacks rigour, saying it's not dated or signed and doesn't indicate where the analyzed sandwiches came from, other than that they were bought from franchises in Ontario.

Subway also claims that its recipes contain less than 1 per cent soy protein, according to the Court of Appeal judgment.

All these questions will be thoroughly tested at trial, however -- a judge will have to determine whether Subway adequately represented its chicken sandwiches to its customers.

If the company loses its case, it will be asked to reimburse the cost of the sandwiches to everyone who bought them in the given three-year period, in addition to punitive damages.

Subway previously brought a defamation lawsuit against CBC for its report but the lawsuit was dismissed last year in an Ontario court, and Subway was ordered in February to pay $500,000 in damages to the broadcaster.

This report by The Canadian Press was first published Dec. 16, 2020.

--With files from CTV News