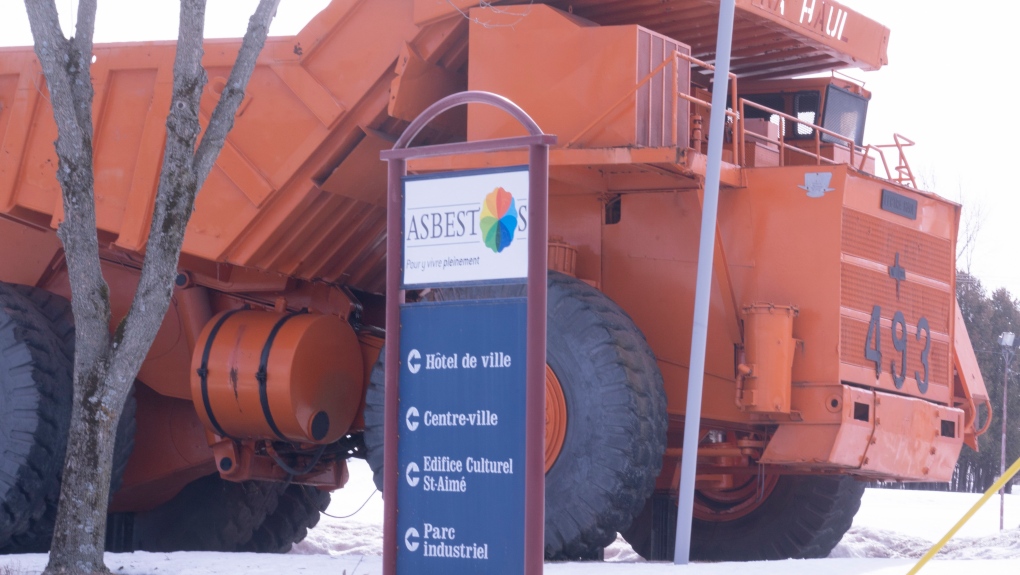 The town sign is seen in from of a mining truck in Asbestos, Que. on Wednesday, March 11, 2020. THE CANADIAN PRESS/Paul Chiasson

The town of Asbestos is pausing its name-changing process after residents said they didn't like any of the options the municipal council presented to them.

"The municipal council wishes to propose names the population will like," a brief message on the town's Facebook page said Friday.

The administration says it finds "the exercise has a great deal of subjectivity by its emotional nature" and said it will revise the suggestions it has received. It plans to extend the list of suggestions that are set to appear on the voting ballot.

"We are doing the name-change for the population, so we want to work with them to do it," said Mayor Hugues Grimard. "We have hear the concerns and that is why we are readjusting."

On Monday, Grimard excitedly announced that in a month, citizens would be able to choose between the names Apalone, Jeffrey, Phénix and Trois-Lacs.

The names refer respectively to an endangered turtle, the name of the city's first asbestos mine operator, a mythic bird and an ancient municipality.

Asbestos wants to shed the negative connotation of its name, which is a carcinogen substance in English.

After the Jeffrey mine closed in 2012, the asbestos industry disappeared from the town.