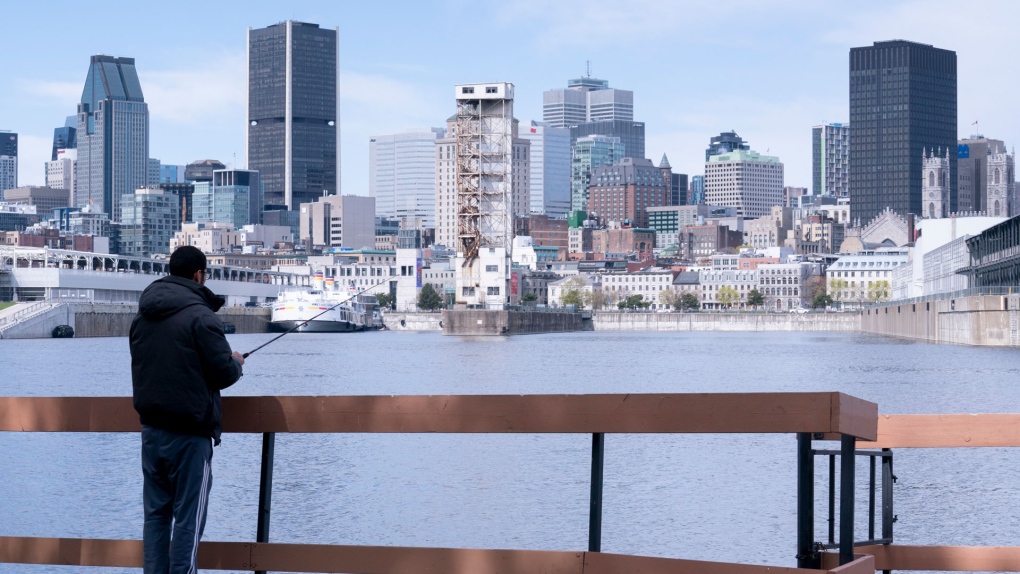 Taher Lamranie gets away from it all by dipping his fishing line in the St-Lawrence river in Montreal, on Wednesday, May 6, 2020. THE CANADIAN PRESS/Paul Chiasson

MONTREAL -- Apartment-hotel company Sonder will significantly improve its presence in Quebec by establishing its "international growth centre" in Montreal, the provincial government announced on Wednesday.

Premier François Legault made the announcement on Wednesday alongside Minister of Economy and Innovation Pierre Fitzgibbon and Sonder president and CEO Francis Davidson.

Founded in 2012 in Montreal, Sonder is a new kind of hotel business that offers short-term rentals on online platforms, and is based in San Francisco, California. It is present in 35 countries and has more than 5,000 units, making it able to host some 825,000 visitors.

The company is worth more than US $1 billion, earning it the name "unicorn," in the tech startup sector.

In Montreal, it has about 120 employees.

"Our government worked hard with Investissement Québec to land Sonder's investment in Montreal,” said Fitzgibbon. "It is not every day that we announce projects that will create 700 jobs."

As part of its expansion plans in Montreal, Sonder will operate a "technology development, customer service and administrative support centre." Two senior executives from the parent company will also be relocated to the city.

The government loan was granted to Hospitality Sonder Canada and includes a forgivable portion, which means that it will not have to be repaid in full if job creation criteria are met.

The government added that the average annual salary for new jobs should hover around $140,000.