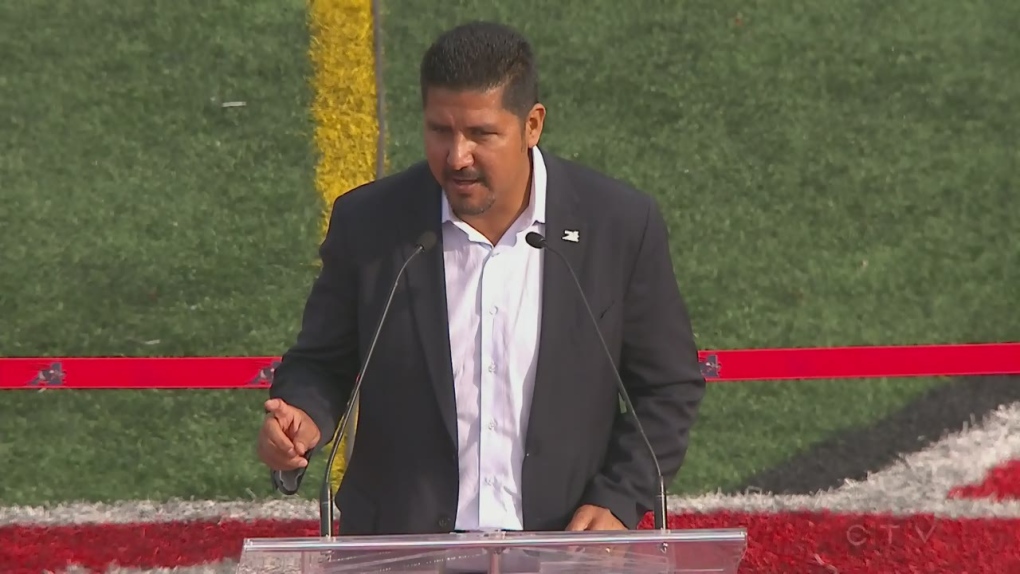 Former Montreal Alouettes quarterback Anthony Calvillo speaks during a ceremony to retire his no. 13 Monday, Oct. 13, 2014.

Canadian Football Hall of Fame quarterback Anthony Calvillo is returning to Montreal to continue his coaching career in the university ranks.

Calvillo played quarterback for the Montreal Alouettes from 1998 to 2013 and then joined the CFL team's coaching staff the following year.

This year, he was quarterbacks coach for the Toronto Argonauts under former Alouettes head coach Marc Trestman, who was fired following the season.

The Carabins have won one Vanier Cup and finished runner-up once since Maciocia, a former Edmonton Eskimos head coach, took over the program in 2011.