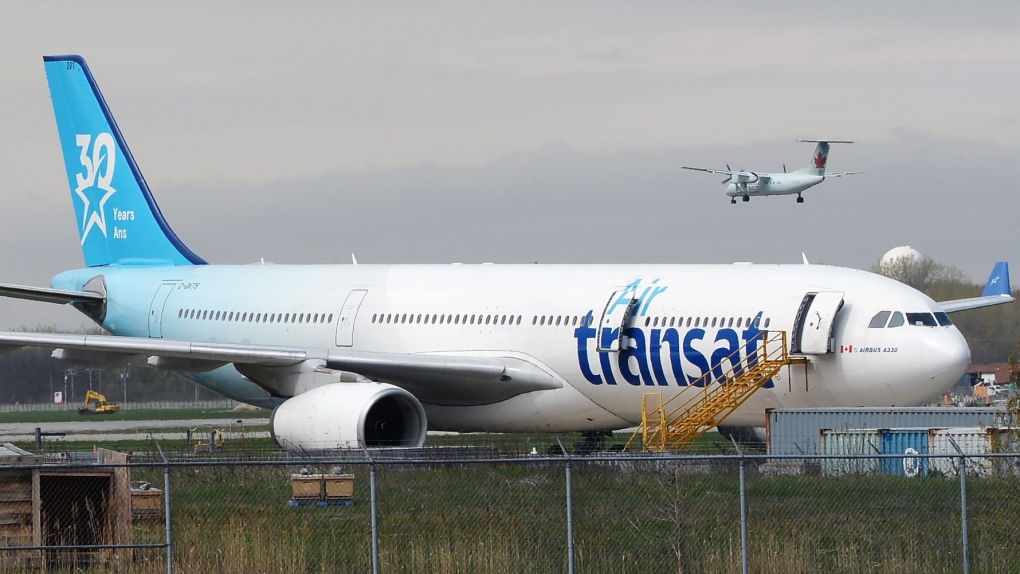 An Air Transat plane is seen as an Air Canada plane lands at Pierre Elliott Trudeau International Airport in Montreal on May 16, 2019. THE CANADIAN PRESS/Ryan Remiorz

MONTREAL -- Air Transat has been ordered to pay damages to a passenger who was denied boarding on her flight because the airline deemed her to be too late.

Transat didn't fulfill its obligation to the passenger and failed in its duty to cooperate, wrote judge Luc Hervé Thibaudeau of the Court of Quebec, Small Claims Division.

She tried to register at the terminals, without success. An agent tried to help her but didn't succeed either. She therefore had to line up for 40 minutes before arriving at the check-in counter. The agents couldn't find her reservation. Time passed.

Finally, she was issued her boarding pass and a seat was allocated for her.

By that time, the flight was in less than an hour and she was refused entry to the plane.