After the storm, Montreal begins the heavy task of carting away record snow 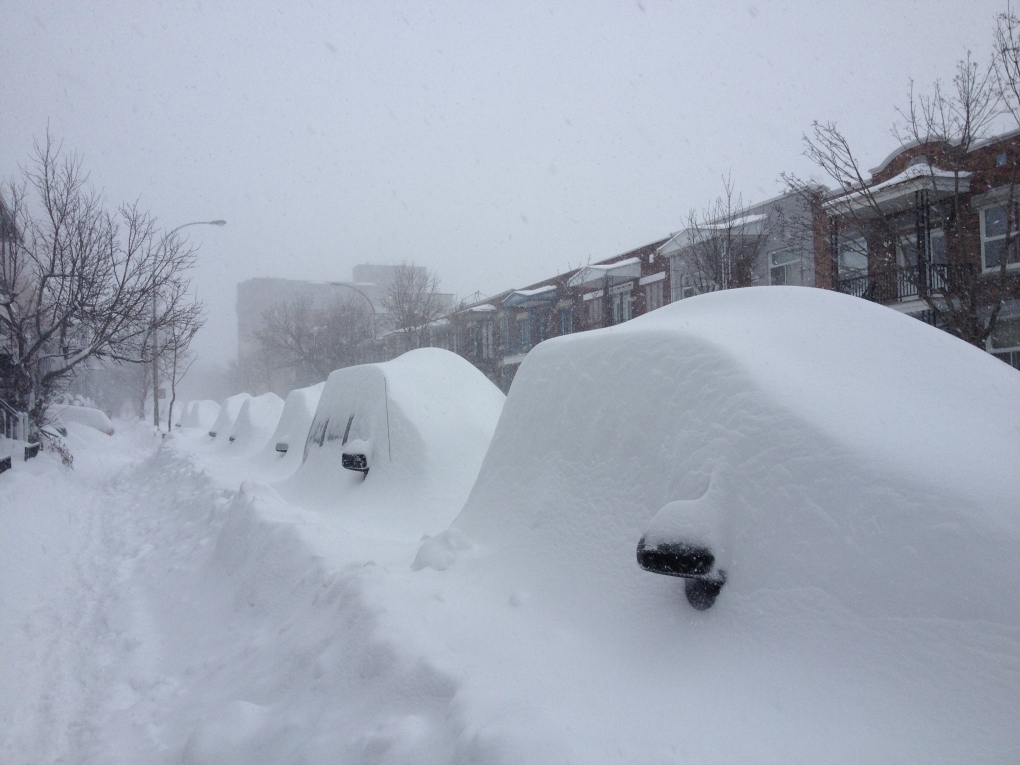 After a record-breaking snowstorm pounded Montreal for much of Thursday, the city’s snow crews will face the tough task of scooping, hauling and dumping the 45cm of snow that blanket the city.

“Life is coming back to normal, slowly but surely,” said Montreal police constable Yannick Ouimet. “We are still asking people to stay home, not because of the weather, but because workers are out clearing the streets.”

The situation on the roads was nearly back to usual Thursday night, with most major highways and arteries cleared. However, disruptions were still being felt across the VIA network and several thousand people were left stranded at Montreal-area airports.

Nearly half of the flights out of Pierre-Elliott-Trudeau International Airport were cancelled at the height of the storm. Awash in red, the departure boards listed a delay next to nearly every scheduled flight out of Montreal on Thursday, some several hours long.

Unlike the massive power outages that hit areas north of Montreal last Friday and lingered for seven days, only 1,600 Hydro-Quebec clients in Montreal were without power on Thursday. Damage was limited to a half-dozen substations and electricity was restored to most before midnight.

Light snow is expected to linger until Friday afternoon, after which cold temperatures and clear skies are expected to return to Montreal.