After immigrant from France fails French test, Quebec says it may tweak rules for tradespeople 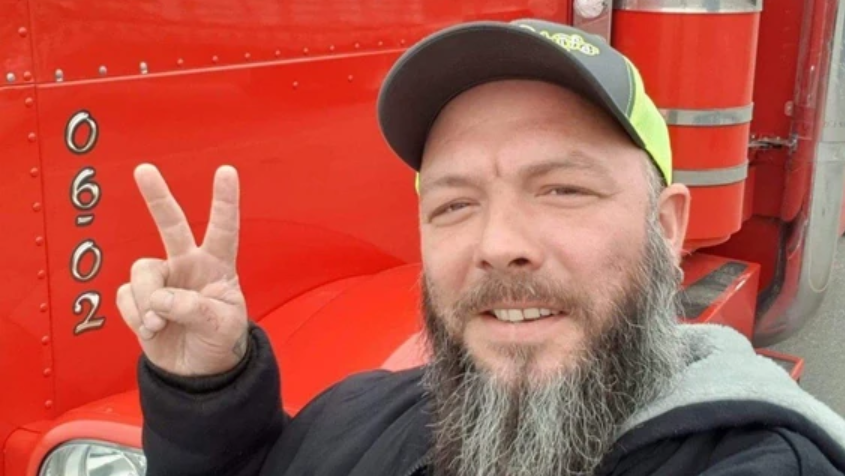 Yohan Flaman, 39, said he was flabbergasted when he failed, in his first attempt at the immigration test, to prove proficiency in his own mother tongue.

“Voila, I flunked, I flunked my test. It happens to everyone, to flunk a test,” he told CTV News.

“But I'm sure that for those who aren’t French, it’s difficult, no?”

He found certain questions “misleading,” he explained, suggesting the province might want to ease up a bit with the timed exam.

“I can't understand how a Mexican, someone who comes from Mexico and who has never spoken French, could pass the test,” he said.

Flaman, a long-haul truck driver, later did pass. But his story, first reported by Le Devoir this week, has gotten picked up by media across Canada and even some international outlets.

On Wednesday, Quebec’s immigration department—officially named the Ministry of Immigration, Francisation and Integration—said it is rethinking how it approaches people working in various fields.

“Keeping in mind how difficult it can be to assess the level of French needed according to the candidate’s socio-professional profile, the [ministry] is currently carrying out work” on a set of “profiles” of the French needed for different trades and professions, spokesperson Arianne Méthot told CTV.

In other words, the province is looking at tailoring its language requirements to the jobs its potential immigrants want to do in Quebec.

“This reference guide will make it possible to identify minimum skill thresholds according to the person’s professional profile and to the specific requirements of the targeted employment, both oral and written,” wrote Méthot.

Flaman, who has been living with his Canadian now-wife in the Quebec region of Beauce for the last three years, said the idea sounded solid to him.

“If the [province] is doing things that are good for people who are immigrating and that can help them, I think it’s good,” he said.

Quebec’s immigration minister, Nadine Girault, has been following his case and “is sensitive to” it, according to a statement from her office.

“Rest assured that we are currently evaluating how to improve the methods of showing mastery of French and better meeting the needs of immigrants,” it said.

'THERE WAS A MOMENT WHEN I DROPPED OUT'

The change the province described would be significant, at least for the young workers attracted to the fast-tracked immigration stream Flaman used, called the Quebec Experience Program or PEQ.

To avoid taking a French test, applicants can submit proof they’ve gone to school in French, or proof that their professional order has signed off on their language skills.

But if they don’t have those records, they all have to do the same test, no matter what field they work in or their level of education.

That means meeting the standards of two France-based organizations that administer and grade the tests, one of which is Paris’s Chamber of Commerce.

Flaman, who grew up in the region of Limoges, couldn't show he'd attended three years of high school in French, as required—he told CTV he started working at age 14 and doesn’t have a high-school diploma.

So he did the test, an audio one where the participants listen to spoken French on headphones and mark multiple-choice answers, all within a strict time limit.

The speakers are from France, not Quebec, so it wasn’t a question of accent or slang. Flaman said he had no problem understanding them.

The problem was the way the test asked him to analyze the discussions.

“They ask you, for example, to analyze a conversation between two people, and afterwards they ask, what were those people talking about?” he said.

“What subject was it about? Was it a publicity announcement, was it a conversation among the family, or what?”

There were a lot of examples like that, some less clear than others, he said.

“You'll have a discussion on the radio—they’re talking to each other about politics. So you have to know to say it's about a political topic,” he said.

In others, “is it a discussion on the radio, or is a family discussion? Then you have two people from the same family talking about a meeting, little questions like that.”

He wasn’t “concentrating hard enough” and he started to realize it wasn’t going well.

“There was a moment when I dropped out, actually,” he said. “There you go, I flunked.”

QUEBEC STRUGGLING TO KEEP UP WITH NEED FOR IMMIGRANTS

The whole experience gave him sympathy for the non-French. He’s heard of people from Guatemala who failed, for example, and had to return home and try again to reapply, he said.

“Some questions were ambiguous, and certainly there would be foreigners not from France who would have a lot of trouble with them,” he said.

He also found it ironic, he said, because he’d already proved work wasn’t a problem.

“The strangest to me is that as a truck driver, I had to pass all my licensing and driving tests, and in French, right?” he said.

Quebec's immigration department said it couldn't provide statistics on how many people pass or fail the language test on the first try since the test is given by suppliers outside of the province.

Meanwhile, Quebec has had a huge need for immigrants, especially in the trades, in the last several years as the economy has boomed.

Even in the pandemic, “we expect that we will be in a labour shortage in every sector during the fall,” said Montreal Chamber of Commerce CEO Michel Leblanc in late March, after the province released its budget.

Girault, the minister, said it was the previous government that first recognized the Paris-based tests and that "for two years, our government has been working to modernize our immigration system... in order to support the labour market and Quebec's economic recover."

Flaman said he’s happy overall that Quebec tries so hard to protect its language—naturally, he understands.

“I'm French, and that Quebec wants to protect French, I find that completely justified,” he said. “The test was just a little—voila.”