A young Que. boy is going blind, and the cure is too pricey

A young Que. boy is going blind, and the cure is too pricey

A young Laval boy’s family is calling on Quebec to finalize negotiations on a pricey cure for his progressing blindness before he loses his sight altogether.

At only 11 years old, William Khayrallah’s vision is already diminishing. He has Leber Congenital Amaurosis, which is slowly robbing him of his eyesight.

His father, Khaled, says he knew something was off from a young age.

“We noticed it first when he was basically a baby,” Khayrallah said. “He would stare at lights all the time. He would enjoy looking at lights, he loved it.”

William struggles most in darker rooms, were he needs assistance to complete simple tasks.

“I can’t manage around the room without some sort of help or guidance,” Khayrallah said. “I’ll end up bumping into a chair or a table.”

However, there is a groundbreaking gene therapy which could cure his condition called Luxturna. Experts say it is life-changing. 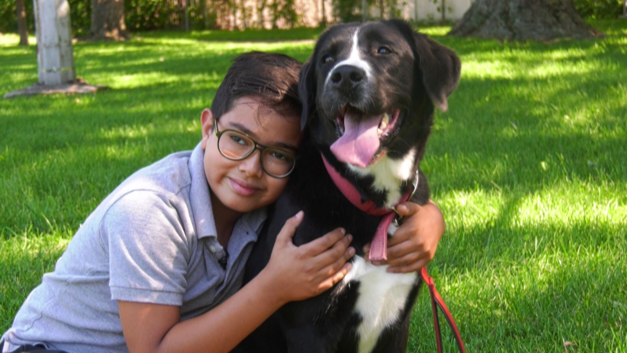 William Khayrallah, 11, and his family is calling on the Quebec government to speed up negotiations to lower the price of a breakthrough treatment that could cure his progressive blindness (Matt Grillo, CTV News)

“With one injection in each eye, for many years we think maybe forever, the visual acuity, the visual field and the night vision improve,” said pediatric ophthalmologist Dr. Robert Koenekoop.

The treatment has been approved in Canada, but it’s not covered by medicare, and the cost of the treatment is $1 million.

“The Luxturna product is subject to price negotiation under the Pan-Canadian Pharmaceutical alliance,” a spokesperson for Quebec’s Health Ministry said. “Discussions with the manufacturer are continuing in order to reach an agreement. INESSS recognized its therapeutic value, but recommended negotiating its price.”

Without access to the therapy, it won’t be long before William loses his vision completely.

“He’s already very close to legal blindness even though he’s adapted to his vision unlike an adult,” Koenekoop said. “He’s almost legally blind and he will progress over the next 10 years and become completely blind.”