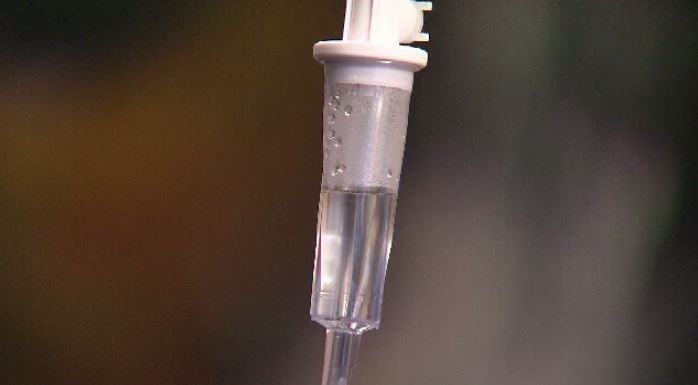 A Quebec Superior Court judge has invalidated sections of both the federal and Quebec laws on medically assisted dying, ruling Wednesday they were too restrictive and therefore unconstitutional.

Justice Christine Baudouin found in favour of two Quebecers struck by incurable degenerative diseases who'd argued they were denied a medically assisted death under laws that are discriminatory.

Baudouin ruled invalid the Criminal Code requirement that a natural death be "reasonably foreseeable" before someone can be eligible for assisted death. The condition has prevented some people from accessing the end-of-life procedure. She also invalidated a section of the Quebec law that says people must "be at the end of life."

Baudouin suspended application of the judgment for six months to give federal and provincial legislators a chance to modify the laws.

But the court granted an exemption to Truchon and Gladu, allowing them to seek medical aid in dying during this period if they satisfy other conditions in the law.

The laws in place deprived them of the right to have "a dignified and serene death", she wrote in her lengthy decision.

Baudouin, who heard from witnesses in January, agreed the rules governing who was entitled to medical assistance in dying were too restrictive and discriminatory.

The decision -- part of a larger societal debate -- means that more people will be able to get help from a doctor to end their lives.

The case was brought by Nicole Gladu and Jean Truchon, both of whom suffer from incurable illnesses but were denied their requests under the law.

Gladu suffers from post-polio syndrome and medication no longer helps alleviate her pain, the court heard. Doctors give her about two to three years to live due to her pulmonary condition.

Truchon has cerebral palsy. Three of his four limbs were not functional at birth, and he just lost the use of the fourth, but he could continue to live for many more years.

Their lawyer, Jean-Pierre Menard, had argued the restrictive laws forced people to consider other ways of ending their lives, such as suicide or a hunger strike -- "a cruel death," he said.

In asking the court to allow doctors to provide them with medical aid in dying and to invalidate the articles of the federal and provincial laws that blocked their requests, they argued a 2015 decision decriminalizing medical assistance in dying established suffering -- not imminent death -- as the most important consideration.

They claimed their right to life, liberty and security, guaranteed under the Charter of Rights and Freedoms, was infringed.

The judge agreed the provisions obliged people with incurable illnesses and suffering to continue living a life that no longer made sense to them.

"The reasonably foreseeable natural death requirement deprives both individuals and claimants of their autonomy and their choice to end their lives at the time and in the manner desired, which must, however, remain an entirely personal decision," the judge wrote.

"This requirement forces them to end their lives while they are still physically able to do so, or to take hasty actions, that will cause them to suffer in order to qualify for help and avoid the agony to come," she added.

"In this sense, it denies them the right to have a dignified and serene death."

She paid tribute to both plaintiffs at the end of the judgment.

"This societal debate could not have existed without the courage and determination of two exceptional individuals, Mr. Jean Truchon and Ms. Nicole Gladu, who brought this cause to bear on their shoulders," she wrote. "The court will remain forever marked by their testimony and wishes to convey to them its deepest respect."

The government has indicated it is open to enlarging it's assisted death legislation and McCann said she recently received an expert report on the matter.

"We have a period of six months, but we must really analyze the decision," McCann said.

Premier Francois Legault said his party had promised to look at enlarging the parameters during the last election campaign.

"It's (the decision) just added another reason to look at the matter," he said.

Dying With Dignity Canada, which intervened in the case, called on political leaders to bring the law in line with the 2015 Supreme Court of Canada ruling that opened the door to medically assisted death.

"People saddled with enduring, intolerable suffering should not have to wait years or even decades to realize their right to a peaceful death," James Cowan, the chairman of the group's board, said in a statement.

A Justice Canada spokesperson said the government is reviewing the decision before deciding its next steps.