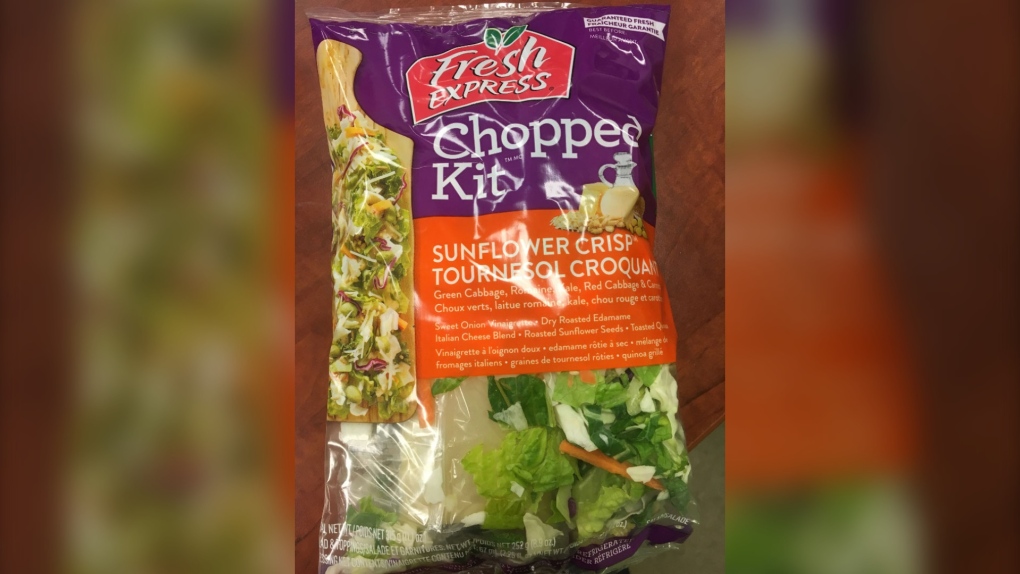 MONTREAL -- At least 16 people, including 10 in Ontario and one in Quebec, have fallen ill in relation to an E. coli outbreak crossing five eastern Canadian provinces, stemming from packaged salad.

It is warning consumers not to eat any products that have a best before date leading up to Dec. 7, 2019 with a lot code beginning with the letter ‘Z,’ indicating ‘Salinas’ as a source of Romaine lettuce.

The outbreak appears to be ongoing, officials say, as recent illnesses continue to be reported to the Public Health Agency of Canada (PHAC).

In addition to the individual in Quebec, at least 10 people in Ontario, three in New Brunswick, as well as one in each Nova Scotia and Newfoundland and Labrador have been confirmed to have E. coli-related illnesses after consuming the lettuce.

The product has also been sold in Saskatchewan, Manitoba, Nunavut and Prince Edward Island. It may have been distributed in other provinces and territories.

“Four individuals have been hospitalized. No deaths have been reported,” the PHAC notes. “Individuals who became ill are between 11 and 73 years of age. The majority of cases (62 per cent) are female.”

The CFIA notes the product is “not likely to be available at retail stores, but may still be in consumer homes.”

“Recalled products should be thrown out or returned to the store where they were purchased,” the agency states. “Food contaminated with E. coli O157:H7 may not look or smell spoiled but can still make you sick.”

In severe cases of illness, some people may have seizures or strokes, need blood transfusions and kidney dialysis or live with permanent kidney damage. It can also lead to death.

“ Pregnant women, those with weakened immune systems, young children and older adults are most at risk for developing serious complications,” the PHAC states.

“Most people who become ill from an E. coli infection will recover completely on their own. However, some people may have a more serious illness that requires hospital care or causes long-lasting health effects.”

Protecting yourself against illness:

If you think you have become sick from consuming a recalled product, the CFIA suggests calling your doctor.

The joint investigation with the PHAC, CFIA and Health Canada may lead to the recall of other products.