100 CN jobs in Montreal could be heading to Edmonton, union warns 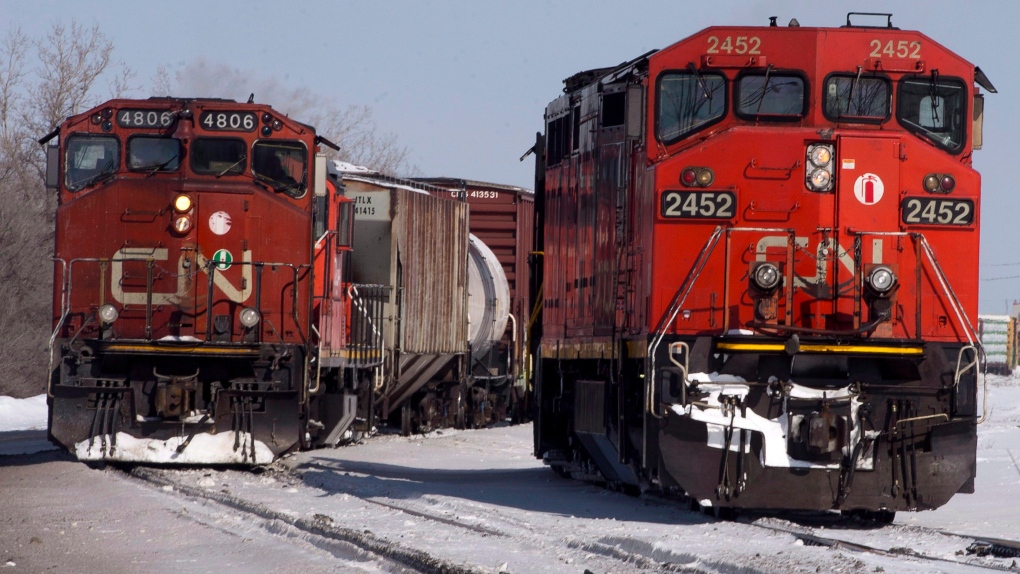 Canadian National Railway Co. says propane shortages in Central and Eastern Canada are "being addressed" as it strives to ramp up service following an eight-day strike, but gas and grain producers are demanding priority treatment that may not come. (File/THE CANADIAN PRESS/Ryan Remiorz)

More than 100 Montreal workers could be affected as a result, the union said.

CN has already started moving some 20 workers - who had just transferred from Montreal to Toronto earlier this year - to Edmonton, according to the Teamsters.

Lyndon Isaak, president of the Teamsters Canada Rail Conference, said not only do many Montreal-based employees not want to leave behind their loved ones, communities, language and culture, but CN also risks losing experienced employees with a wealth of railway knowledge.

The Montreal centre controls the majority of rail traffic in Eastern Canada, according to the Teamsters.

CN, headquartered in Montreal, has not yet responded to the union's claims.