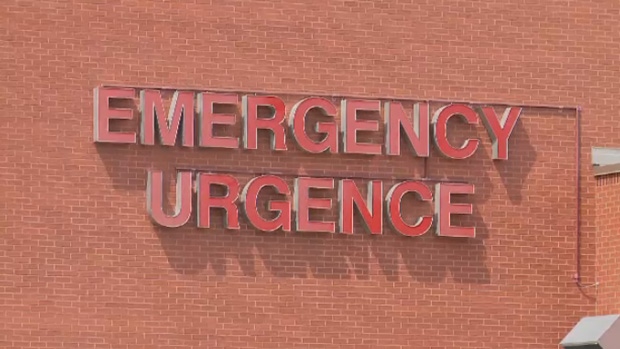 MONTREAL -- More than 1,000 patients a day left Quebec emergency rooms last year without seeing a doctor because of overcrowding and lengthy wait times, according to a new study.

Some 380,000 patients, many of them with urgent health issues, simply gave up and left without being treated, according to the study produced by the Montreal Economic Institute using data from Quebec's department of health.

“More than one in 10 patients who go to an ER give up on receiving care,” Patrick Déry, senior associate analyst at the MEI and author of the study, said in a statement. “Yet one fifth of these patients had been classified as "very urgent" (Priority 2) or "urgent" (Priority 3) during triage, which indicates that their condition could put their lives in danger.”

The study by the MEI, which bills itself as an independent think tank that aims to contribute to improving public policy using the fundamentals of economics and entrepreneurship, is calling for changes to how Quebec manages emergency care, including further expanding the roles of health professionals such as nurses and pharmacists.

"We have to change course. One in five Quebecers still doesn’t have a family doctor, and in Montreal it’s nearly one in three. Emergency rooms are the health-care system entry point for many patients,” Déry said, noting that 55 per cent of emergency room visits could be dealt with in a clinic.