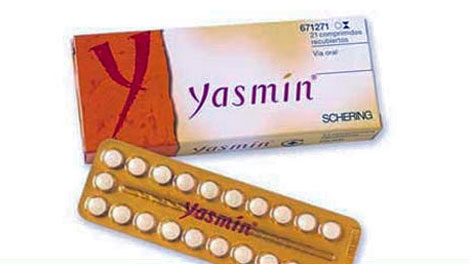 Health Canada says it has received reports of at least 23 young Canadian women who have died while taking one of two commonly prescribed birth control pills, Yaz and Yasmin.

More than half the reported deaths were in women younger than 26, including one who was 14.

Health Canada says it is not able to determine if any of the deaths were a direct result of using a specific health product.

“Other factors contributing to the (adverse reaction) could be a person's health conditions or other health products they are using at the same time,” the agency said in an email to CTVNews.

Health Canada says it’s also received reports about 333 cases of “adverse reactions” from women taking Yasmin and 267 cases involving Yaz up to the end of February. These included fainting spells, non-fatal pulmonary embolisms and blood clots in the legs.

Some of the women were taking other medications at teh time of theri adverse events, such as asthma or ADHD medications, while others were taking the birth control pills alone.

Health Canada has been reviewing the safety of Yaz and Yasmin since 2011, after published studies suggested the pills appeared to raise women's risk of blood clots more than other birth control pills.

Blood clots have long been a well-known though rare side effect for all birth control pills. A Health Canada review released at the end of 2011 reported that women using Yasmin and Yaz had a 1.5 to three times higher risk of blood clots than women on other oral contraceptives.

Yasmin and Yaz are similar to other contraceptive pills but contain a hormone called drospirenone. It replaces the hormone levonorgestrel used in other types of birth control pills.

In April, 2012, the U.S. Food and Drug Administration ordered Bayer, the makers of Yaz and Yasmin, to change its U.S. labelling to note the increased risk for blood clots.

A class action lawsuit involving several hundred women in Canada who used Yaz and Yasmin was launched in 2010, and certified in Ontario last April. It is one of several such class actions that have been filed across the country,