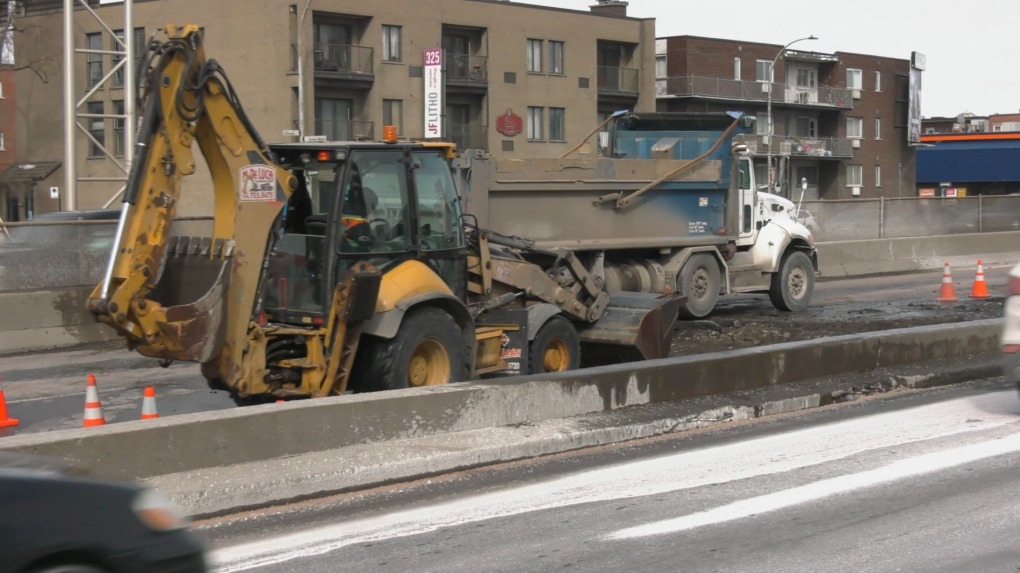 A broken water line on the Metropolitan Expressway left a hole in the middle of the road that forced the MTQ to close the road in the east direction.

MONTREAL -- City workers are plugging a 16-inch pipe that burst on Saturday, closing one of Quebec's busiest roadways indefinitely.

According to a spokesperson for the City of Montreal, teams from the Villeray-St-Michel-Parc-Extension borough are working to complete the job of plugging the aqueduct and re-patching the road on Sunday night.

The pipe burst early on Saturday morning, forcing the closure of the Metropolitan Expressway (A-40). The water caused a sizeable hole to open in the pavement.