Work on the Samuel de Champlain Bridge is delayed - again 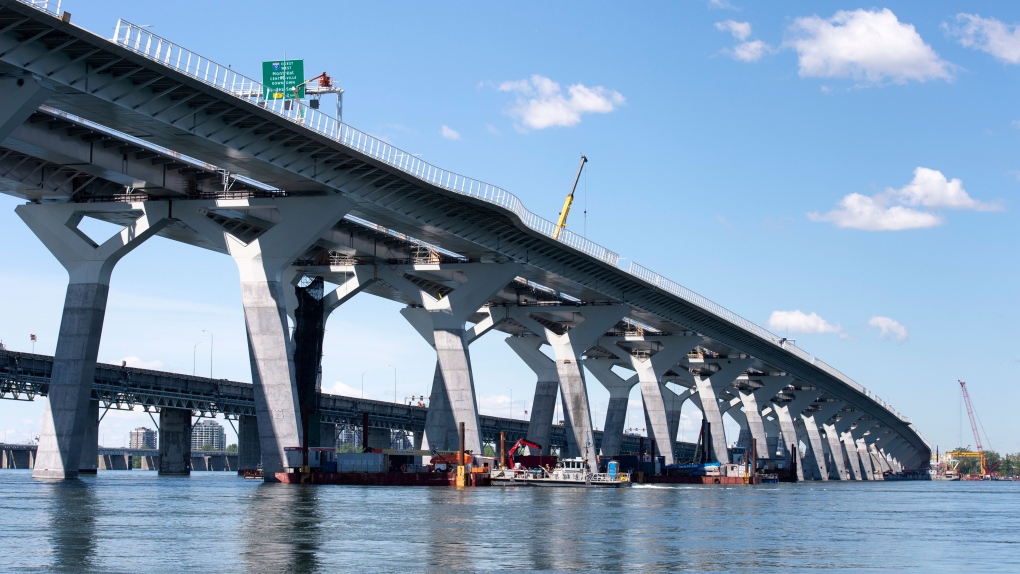 The new Samuel de Champlain bridge is seen with the old bridge in the background in Montreal on Monday, June 17, 2019. THE CANADIAN PRESS/Paul Chiasson

MONTREAL -- Work on the Samuel de Champlain Bridge is delayed once again.

Signature sur le Saint-Laurent (SSL), the consortium in charge of the project, says the bicyle and pedestrian bridge won't be done by the end of October as planned.

A portion of that bridge will be constructed above Highway 132 to allow pedestrians and cyclists to access the new bridge itself. Work on that will force significant road closings in the area on the weekend of Nov. 15, according to SSL.

The pedestrian and bicycle bridge - which is to be open and accessible year-round - is expected to be ready by the end of the fall, the SSL says.

The new bridge was officially inaugurated in June.

Deconstruction of the old Champlain Bridge is expected to begin in the spring of 2020.