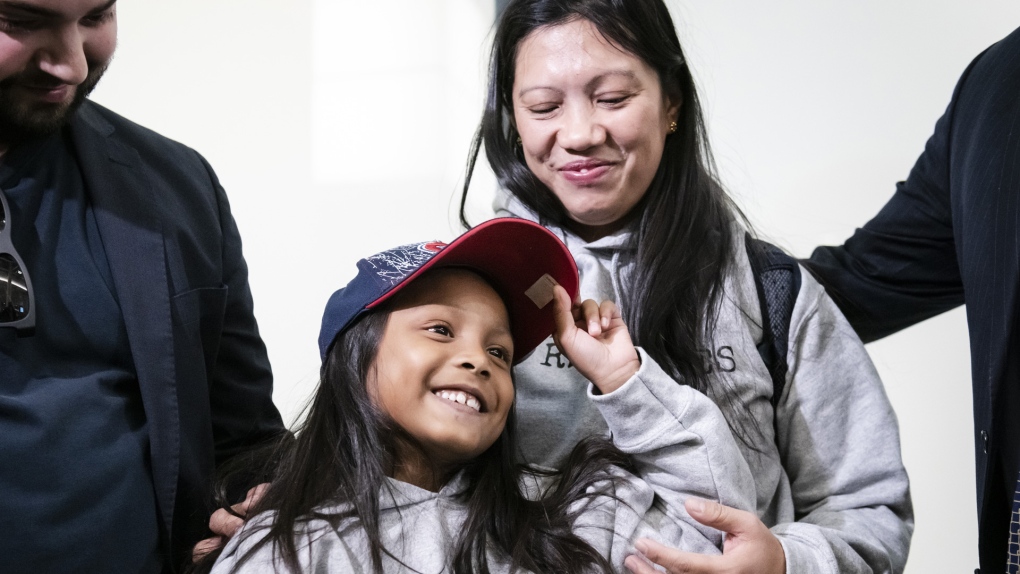 Vanessa Rodel and her seven-year-old daughter Keana talk to media after arriving at Lester B. Pearson Airport in Toronto, on Monday, March 25, 2019. THE CANADIAN PRESS/Christopher Katsarov

A refugee who helped shelter whistleblower Edward Snowden in Hong Kong is calling on immigration officials to allow other members of her daughter's family to join her in Canada.

Vanessa Rodel says she and her seven-year-old daughter are settling into life in Montreal, where since arriving in March they've found an apartment and are learning French.

But she says five other members of the group dubbed Snowden's "Guardian Angels" -- including her daughter's father and two step-siblings -- remain in Hong Kong. She says they face discrimination there, and four of them could be deported to Sri Lanka.

Rodel made the comments at a news conference in Montreal, where her lawyers announced they had filed additional applications to have the remaining refugees accepted on humanitarian grounds and for reasons of family reunification.

Lawyer Robert Tibbo says the whole family is suffering psychologically from the separation, and it's imperative that they arrive in Canada soon.

He says a recent case in which Germany granted asylum to two Hong Kong activists lends credence to the Snowden group's claims that they've been persecuted by Hong Kong authorities.