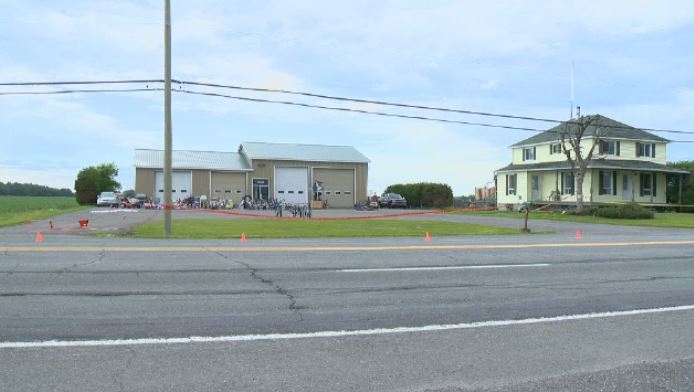 Dogs attacked a woman on a property in Saint-Cesaire.

A woman in her 60s is in critical condition in hospital after she was attacked by two dogs in Saint-Césaire.

A passerby spotted the woman lying on the ground with injuries outside a home on Route 112. They called police at 12:30 Wednesday afternoon.

Police said the woman didn't appear to live there as there was a garage sale on the property at the time.

The two dogs were seized by animal protection agency SPA des Cantons. They are currently under surveillance and in isolation.

Police officers from the Surete du Quebec major crimes unit are investigating. The SQ did not have any information about the dogs' owner.