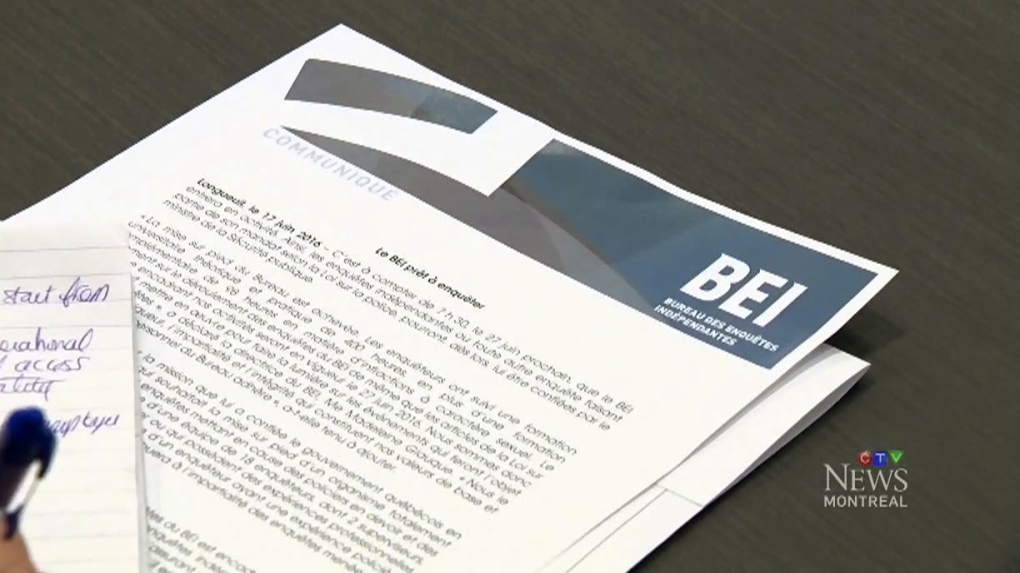 Quebec's police watchdog says it is investigating after a woman died in police custody in the province's northern Nunavik region.

The Bureau des enquêtes indépendantes, which investigates all in-custody deaths in Quebec, says the 39-year-old woman died at a police station in the village of Puvirnituq, on Hudson's Bay, Friday evening.

The BEI issued a release saying the woman had been arrested by the Nunavik Police Service for a municipal bylaw infraction.

It says police found the woman unconscious in a cell shortly after 7 p.m.

She is the second woman to die in the custody of Nunavik police this year, in March a 33-year-old woman died in a police station in the village of Akulivik on Hudson's Bay.

This report by The Canadian Press was first published Oct. 1, 2022.

The Q4 2022 earnings reports from Canada's big banks are showing signs that the Canadian economy is slowing down ahead of a potential recession, with some signs of optimism.

Hockey Canada says there were more than 900 documented or alleged incidents of on-ice discrimination across all levels and age groups during the 2021-22 season.

U.S. prosecutors on Thursday asked a judge to dismiss bank fraud and other charges against Meng Wanzhou, the chief financial officer of China's Huawei Technologies whose 2018 arrest strained relations between the U.S. and China.

The unemployment rate in Canada declined slightly to 5.1 per cent in November, according to new data released by Statistics Canada Friday.