Woman critically injured in multi-vehicle crash on Hwy. 520 in Dorval 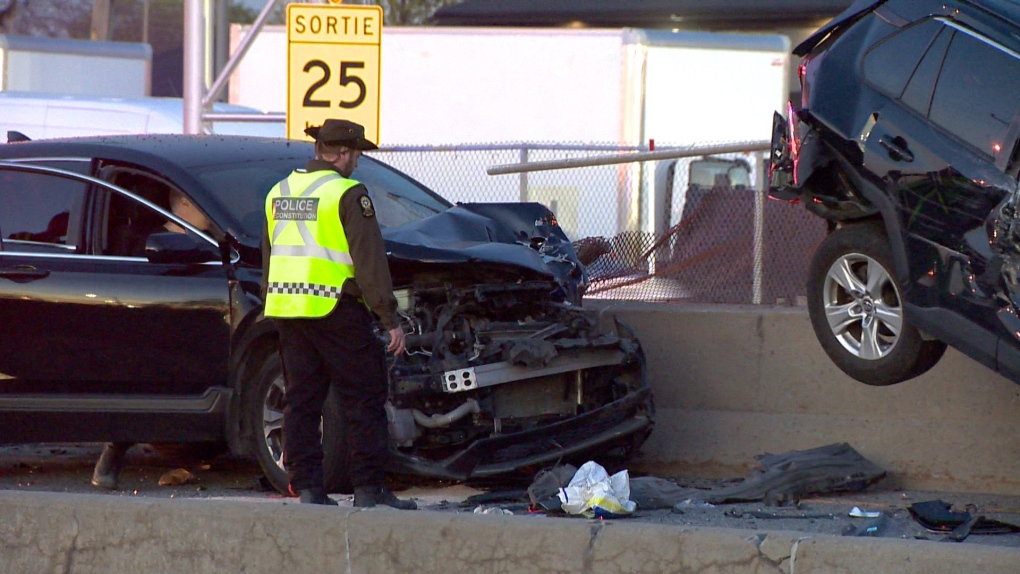 A police officer observes the wreckage of a four-vehicle crash on the 520 in Dorval on Tuesday, May 10, 2022. (Cosmo Santamaria/CTV News)

A woman was sent to hospital in critical condition late Tuesday afternoon after a multi-vehicle crash on the westbound Hwy. 520 in Dorval, Quebec provincial police say.

A spokesperson for the Sûreté du Québec said the crash happened around 5:30 p.m. after an SUV collided with three vehicles that were stopped in traffic in the lefthand lane. The SUV had four occupants inside and was a car-sharing vehicle.

A section of the 520 was still closed as of 9 p.m. as police investigate the collision.