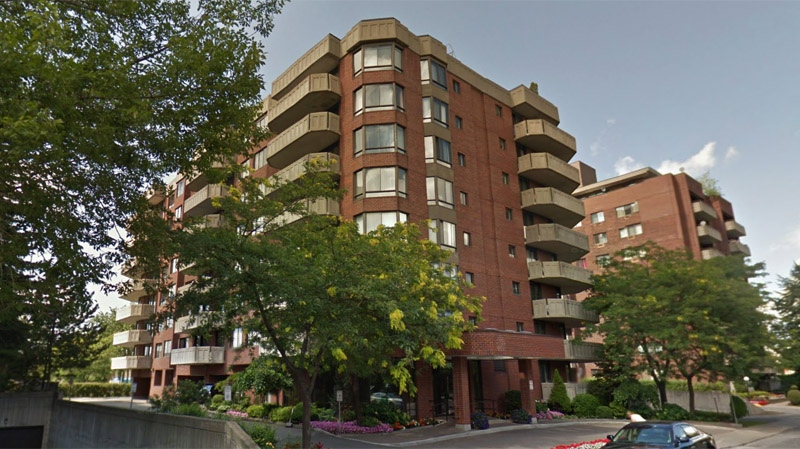 The 87-year-old died in a blaze at the Shalom Tower on Norwalk Thursday afternoon (Image: Google Street View)

MONTREAL - Authorities are investigating a blaze that claimed the life of an 86-year-old woman in Cote St. Luc Thursday afternoon.

Firefighters rushed into the woman's condo unit at 6875 Norwalk Rd. just before 5 p.m. Thursday only to find her slumped unconscious on the floor.

Attempts to revive her failed and she was declared dead at the scene.

The fire appears to have started as a result of a defect in the mechanical system of the women's hot tub.

She was found with burns to 70 percent of her body including her back and neck, and may have suffered smoke inhalation as well.

The Montreal police arson squad is investigating the incident, as they do all fires that result in death, but they do not consider it a criminal investigation.

An autopsy will be needed to confirm the cause of death.