Woman, 74, dies after being hit by truck in Mercier—Hochelaga-Maisonneuve 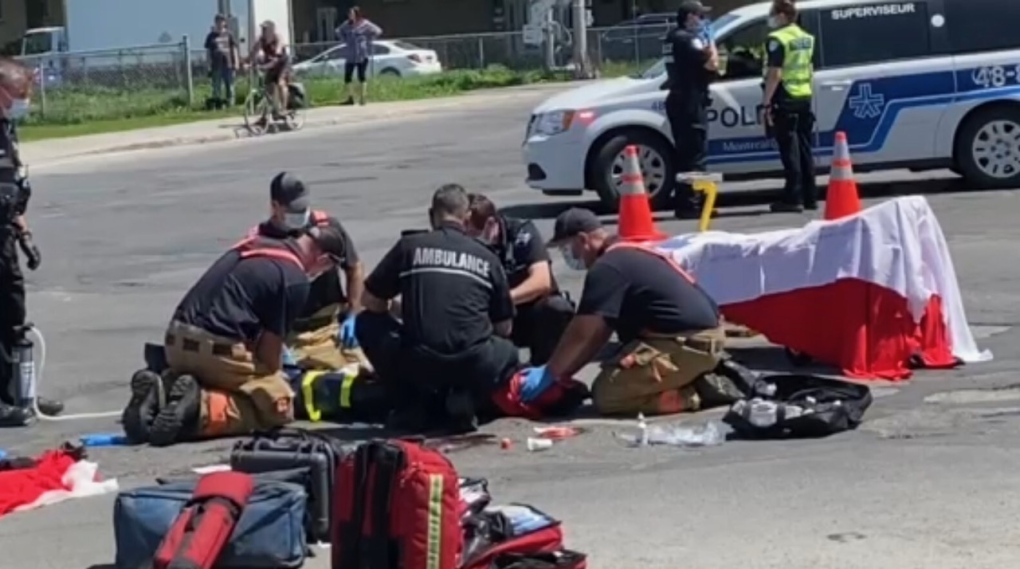 Emergency crews treat a pedestrian who was seriously injured after being struck by a truck near the intersection of Honore-Beauregard Street and Souligny Avenue Monday, May 17, 2021. (Submitted photo)

MONTREAL -- Montreal police say a 74-year-old woman has died after being struck by a truck Monday afternoon in the city's east end.

The collision happened around 12:30 p.m. near the intersection of Honore-Beauregard Street and Souligny Avenue in the Mercier-Hochelaga-Maisonneuve borough, according to police.

Police said the truck made a right-hand turn onto Souligny Avenue and collided with the woman while she was crossing the street on foot.

The woman was rushed to hospital with serious injuries where she remains in stable condition. The driver of the truck, a 60-year-old man, was treated for shock but was not injured.

On Tuesday evening, police confirmed she died from her injuries.

The incident marked the 10th fatal collision in Montreal so far this year, and the second fatality on the road in two days.

Police are investigating the city's 11th fatal collision after a 50-year-old cyclist was struck by a vehicle on the West Island Tuesday afternoon. She was sent to hospital with critical injuries and later prounced dead Tuesday evening, according to Const. Jean-Pierre Brabant.