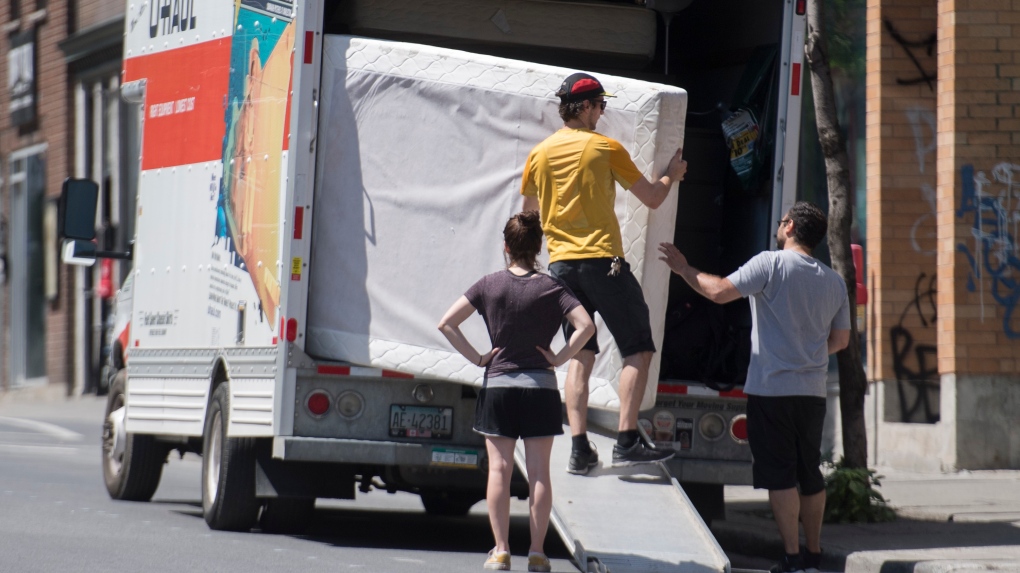 People load a truck with belongings as they move on Canada Day in Montreal, Wednesday, July 1 2020, as the COVID-19 pandemic continues in Canada and around the world. THE CANADIAN PRESS/Graham Hughes

MONTREAL -- Two plots of land in the de Côte-des-Neiges-Notre-Dame-de-Grâce borough were purchased to develop social and community housing, the city of Montreal announced Friday.

The land, which cost the city $1.5 million, will be sold to a nonprofit organization in the next two years.

In a statement, the city said the plots – located at the corner of Mackenzie St. and Mountain Sights Ave. – will be able to accommodate two buildings, one of 50 units and another of 70.

"The City of Montreal has innovated and multiplied its tools in order to develop more social, affordable and community housing on the territory," said Robert Beaudry, the member responsible for housing on the city’s executive committee, in a statement. "The need for affordable housing is significant in the Côte-des-Neiges-Notre-Dame-de-Grâce borough and it is essential for us to help the population of our territory find an accessible and healthy home."

Earlier this week, a housing rights group reported that 256 tenant households in the greater Montreal area were unable to find housing by the time moving day rolled around this year. In Quebec as a whole, that number reached 373 – the highest it’s been since 2003, the group says.