Winter storm could make its way to Montreal later this week: Environment Canada 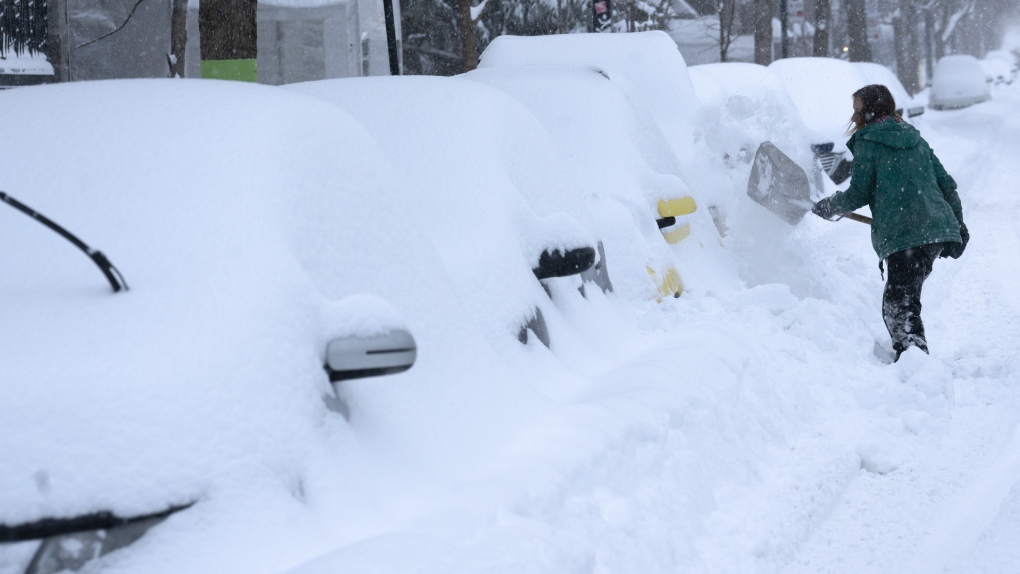 A woman digs her car out of a snowbank during a winter storm in Montreal on Wednesday, February 13, 2019. THE CANADIAN PRESS/Paul Chiasson

MONTREAL -- Don't let the warm weather this week fool you – Environment Canada is warning that a winter storm could be on its way to Montreal later this week.

"A major low pressure system from the United States will affect southwestern Quebec beginning Wednesday and spreading eastward through Friday," the weather agency states. "This system will bring heavy snow over most areas, with amounts upwards of 15 centimetres that could reach 25 centimetres over some areas."

Officials note the snow could quickly change to rain late in the day Wednesday, with a risk of freezing rain and strong winds.

"Expect poor driving conditions due to low visibility and quickly accumulating snow or water on the roads," Environment Canada states. "Motorists should consider advancing or postponing their travel plans."

The agency adds it will continue monitoring the weather system as it approaches the Greater Montreal area.