Will tonight's reunion of past captains light a fire under struggling Habs? 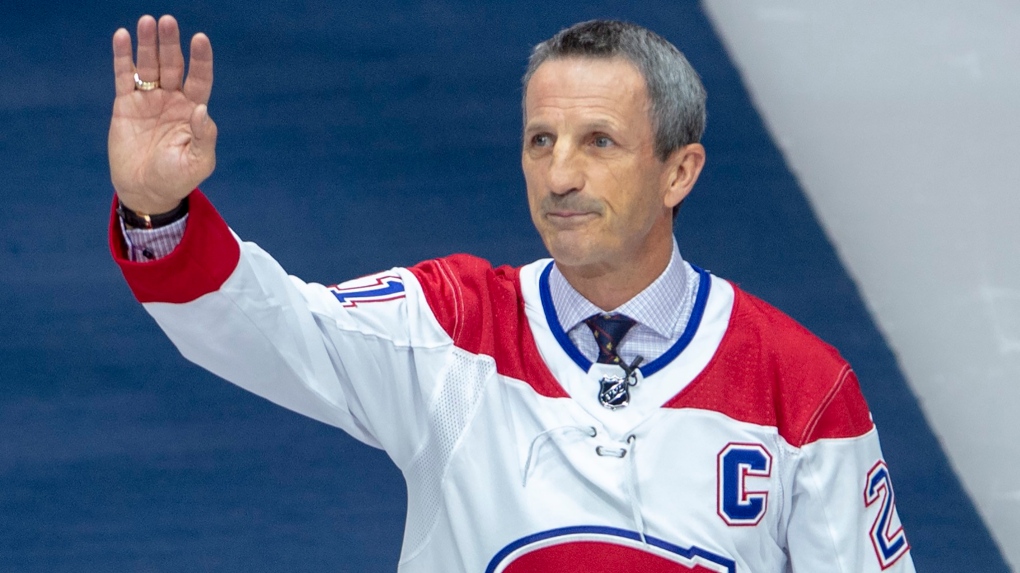 Former Montreal Canadien Guy Carbonneau waves to fans as he gets a standing ovavtion for his induction into the Hockey Hall of Fame during pre-game ceremonies in Montreal, Wednesday, Nov. 20, 2019. THE CANADIAN PRESS/Ryan Remiorz

To mark the franchise's 110th anniversary, the team will honour 11 of its past captains before the puck drops on tonight's Canadiens-Islanders game at the Bell Centre in Montreal.

During the pre-game warm-up, current Habs will wear jerseys honouring the former captains and other Habs legends; those jerseys will be auctioned off for charity later Tuesday night.

Once the puck drops at 7:22 p.m., the Habs will attempt to stop their eight-game winless streak.

Carey Price will start in nets for the Canadiens, backed up by rookie Cayden Primeau, who was called up from the Laval Rocket of the AHL on Monday after the Habs placed goalie Keith Kinkaid on waivers. (Kinkaid cleared waivers on Tuesday and is expected to play for the Laval Rocket).

Matthew Peca, who was called up from the Rocket on Monday along with Primeau, will take Charles Hudon's place on the fourth line with Jordan Weal and Nate Thompson.