Where to find the federal leaders in Quebec Wednesday 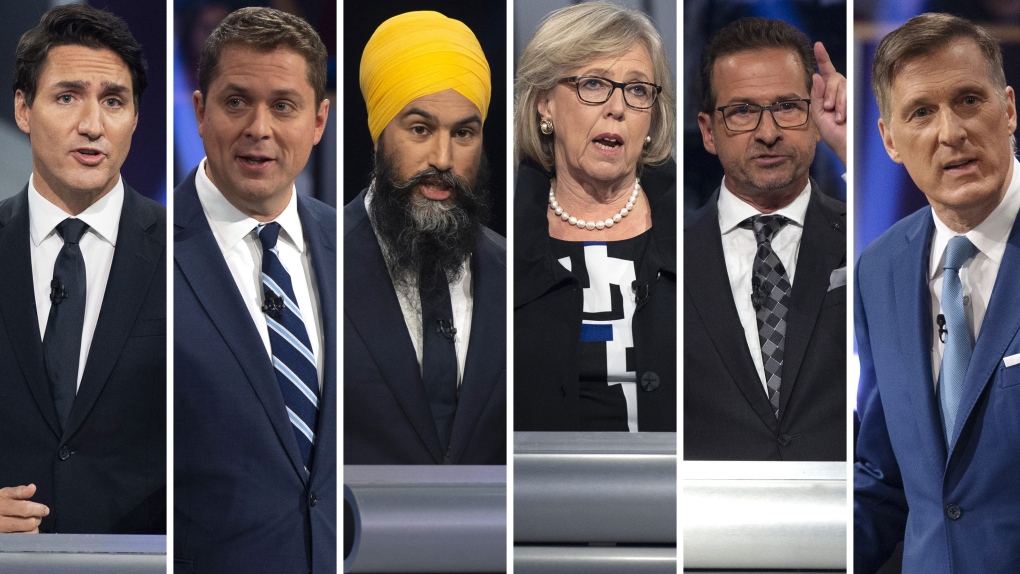 MONTREAL -- It is the 29th day of the 2019 federal election campaign, and five of the six party leaders are in Quebec.

NDP leader Jagmeet Singh gave a speech at 10 a.m. Wednesday at the CUPE biennial convention in Montreal. Singh continues to try to motivate union support for the party and spoke about the NDP’s plan to help working people.

Elizabeth May, the Green Party Leader, is also in Montreal for what is scheduled to be a very busy day.

Starting at Place-des-Arts, May will make an announcement regarding Quebec culture at 10:45 a.m.

She will then head down to 6839 St. Hubert Street to speak with patrons at Pub La Cale, Montreal’s first zero-waste pub, for lunch at 1:15 p.m.

From there, May and deputy leader Daniel Green will make an announcement about affordable housing in the Mile End at 3 p.m.

By 3:15, May and the deputy leader will canvass at Outremont metro.

This morning, Conservative leader Andrew Scheer was in Hemmingford, near the U.S. border, for an announcement. The border crossing is the spot in Quebec where thousands of irregular migrants crossed into Canada.

Maxime Bernier, the People’s Party of Canada Leader, is campaigning in his riding of Beauce today, while Bloc Québécois Leader, Yves-Francois Blanchet is in Gatineau for a news conference at the Canadian Museum of History.