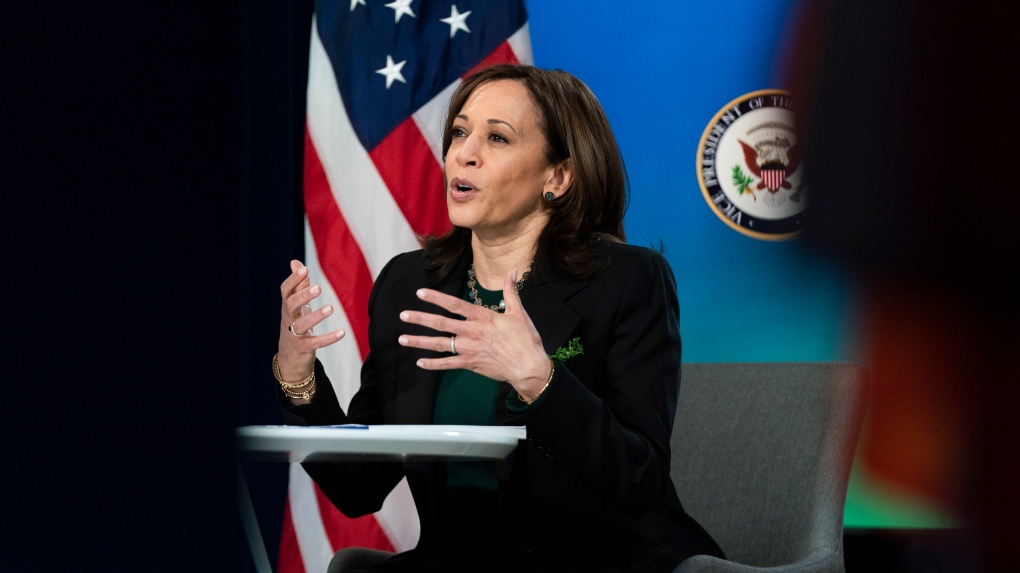 MONTREAL -- If U.S. Vice-President Kamala Harris happens to be in Canada any time soon, her old high school in Montreal would love to host her.

The chairman of the English Montreal School Board wrote to Foreign Affairs Minister Marc Garneau today formally requesting to have Harris stop over in Montreal during an eventual official visit to Canada.

Joe Ortona writes the board was proud to see Harris, a graduate of Westmount High School, ascend to the vice presidency last November.

Harris, 56, who spent her teen years in Montreal, has proven an inspiration to many, including at her old school.

Ortona writes that in light of the amount of planning involved in such visits, it's not too early for Canadian government officials to think about including Westmount High School on a vice-presidential itinerary.

He said the board is offering its full co-operation to make it happen.

"Such a visit would be a marvellous opportunity to demonstrate the often personal close connections between the United States and Canada, to underscore the critical importance of quality education and to showcase the alma mater of Ms. Harris, which happens to be located in your riding," Ortona wrote.