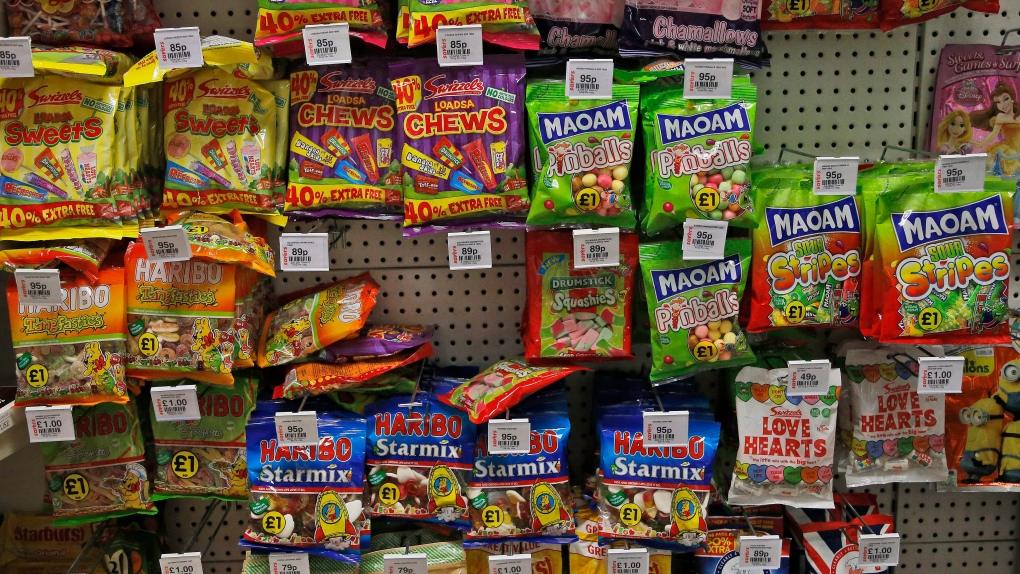 The Weight Coalition is arguing too many companies market unhealthy food directly to children.

MONTREAL - Food companies in Quebec are exploiting holes in the law to target children with their ads for cakes, sweet cereals and potato chips, the Weight Coalition/Coalition Poids complains.

The Coalition that works to promote healthy living and prevent weight-related issuse unveiled a portrait of food advertising directed at children Monday.

The coalition claims that advertisements go against sections 248 and 249 of the Consumer Protection Act (CPA) that prohibit commercial advertising that targets children under 13 years old.

Despite the ban, the Weight Coalition says it has documented many examples of advertisements for children. It notes that companies use shop windows, displays and product packaging to lure young would-be shoppers.

Food retailers such as supermarkets are full of advertising for children, says the organization. Between October and April - excluding gum, chocolates and sweets - the Weight Coalition says it identified 469 food packages targeting children from different businesses.

More than half of the products' packaging features a popular character with kids like The Paw Patrol, Incredibles, Minions or other characters from Avengers or Disney to make them attractive to their younger customers.

Fast food companies, in addition, make many toy deals to pair with their children's meals. Often, they are associated with popular children's movies, shows or series and feature toys.

This report by The Canadian Press was first published Oct. 7, 2019.