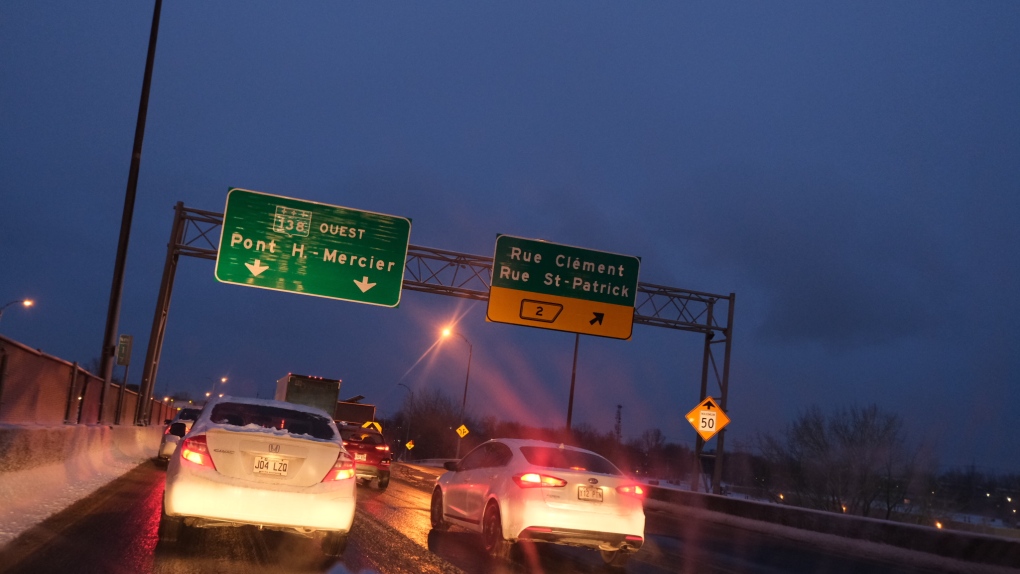 MONTREAL -- Though construction on Montreal major roadways has slowed considerably over the winter, closures are expected this weekend at the Saint-Pierre Interchange and other sites in the region.

The Ministry of Transport advises avoiding the following spots.

As a result, the following is a default closure. 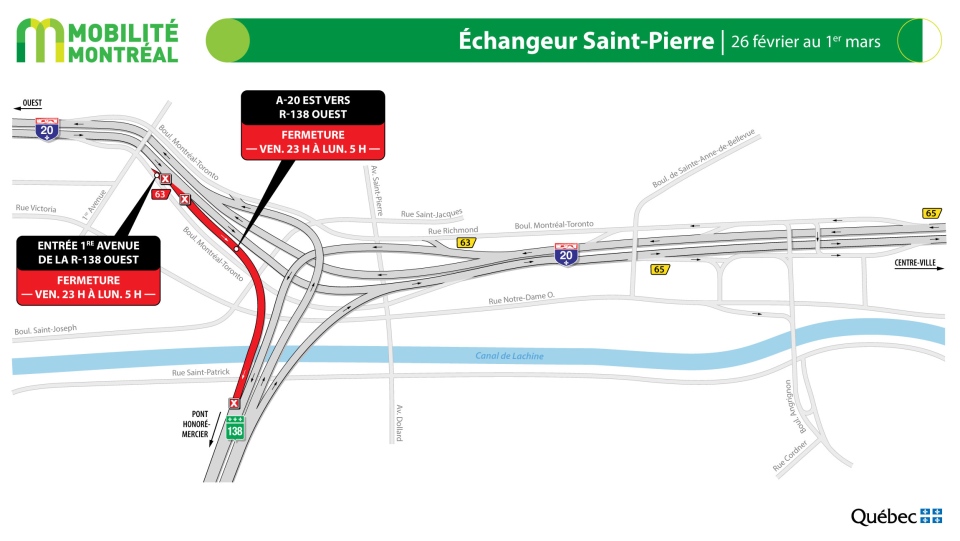 From Saturday at 8 p.m. to Sunday at 9 a.m., the following closure is in effect: 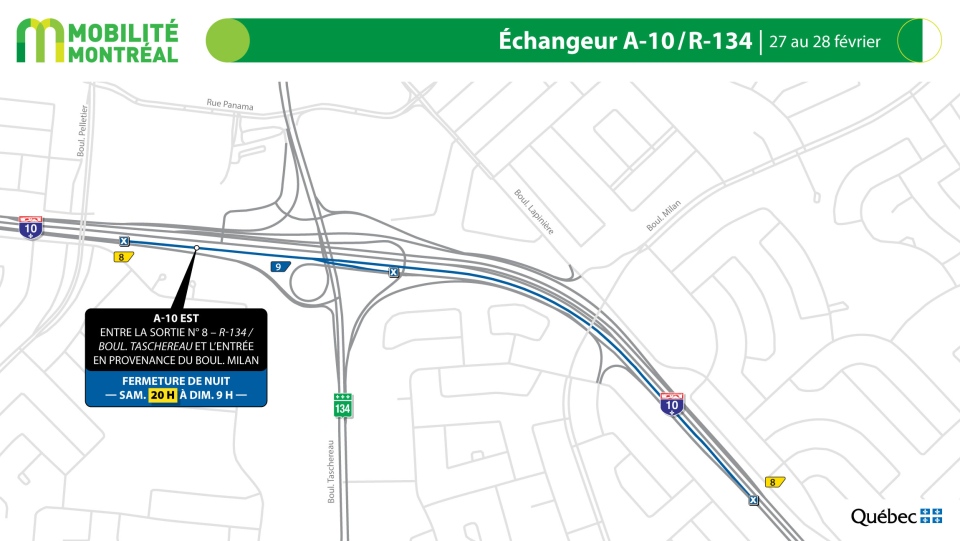 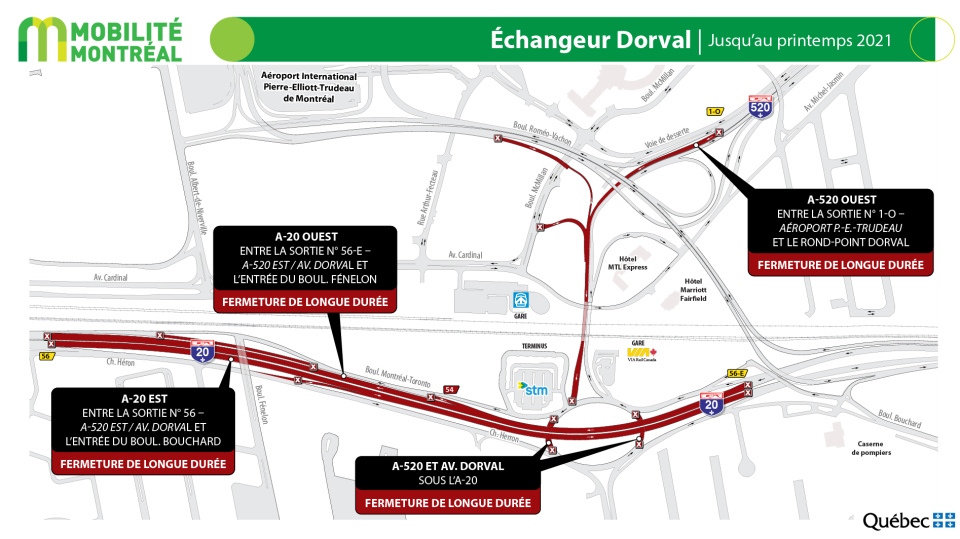 All work is subject to cancellation due to weather. For detours and more information visit the Mobility Montreal website or its Facebook page.