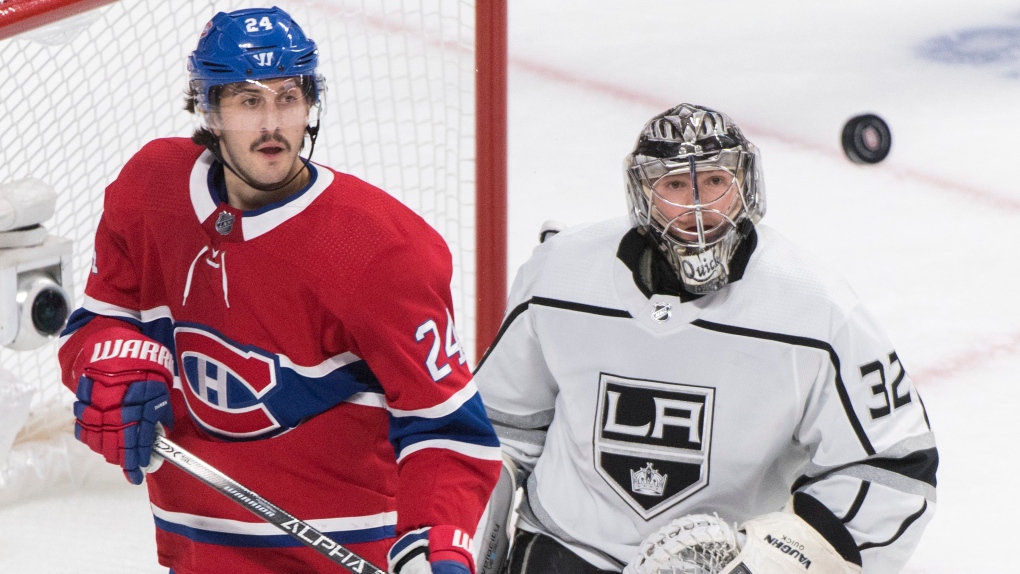 The victory was Montreal's fifth in its last seven games, while the Kings have one win in their last eight.

Weber opened the scoring near the midway point of the first period. The captain fired a shot from the top of the face-off circle that hit defenceman Matt Roy. As the puck landed back towards Weber, he blasted the puck past Quick for a goal.

Thompson made it 2-0 for the home team 15 seconds later. Weber would then score his second power-play goal of the period with over three minutes to play.

Kopitar scored his team's first of the night at 2:41 of the second period. It was the Kings' first power-play goal on four chances on the night. The Kings would draw within one goal with 6:56 left to play in the third thanks to Lizotte's first NHL goal.

Quick kept his team in the game with a highlight-reel toe save off of a Tomas Tatar shot. But the one-goal deficit was as close as the Kings would get.

NOTES: Weber's first goal of the game was his 100th career power-play goal.

This report by The Canadian Press was first published Nov. 9, 2019.