'We will come together': Montrealers, Indigenous advocates march for second National Truth and Reconciliation Day

'We will come together': Montrealers, Indigenous advocates march for second National Truth and Reconciliation Day

Montrealers marched through the city's downtown core Friday -- one of several events, ceremonies, and speeches marking the second National Day for Truth and Reconciliation.

The Native Women's Shelter of Montreal and Resilience Montreal led the procession through Jeanne-Mance Park at 1 p.m. in the second Every Child Matters march, which also took place Friday.

"The deaths of Joyce Echaquan, Raphaël André, Siasi Tullaugak, and countless others before them only underscore the injustices that Indigenous people face due to systemic racism," the organizations wrote in a release.

Resilience Montreal notes that many Indigenous people who make use of the shelter's services are residential school survivors or their children, and the march is an opportunity for the public to learn from elders and leaders from Indigenous communities in Quebec.

In Kahnawake, the Kanien'kehá:ka (Mohawk) community on Montreal's South Shore, a crosswalk was painted orange with three feathers to honour the day.

In addition, orange lights were installed in the two crosses in the community to mark the day, and a 5-km. run/walk took place Friday morning. 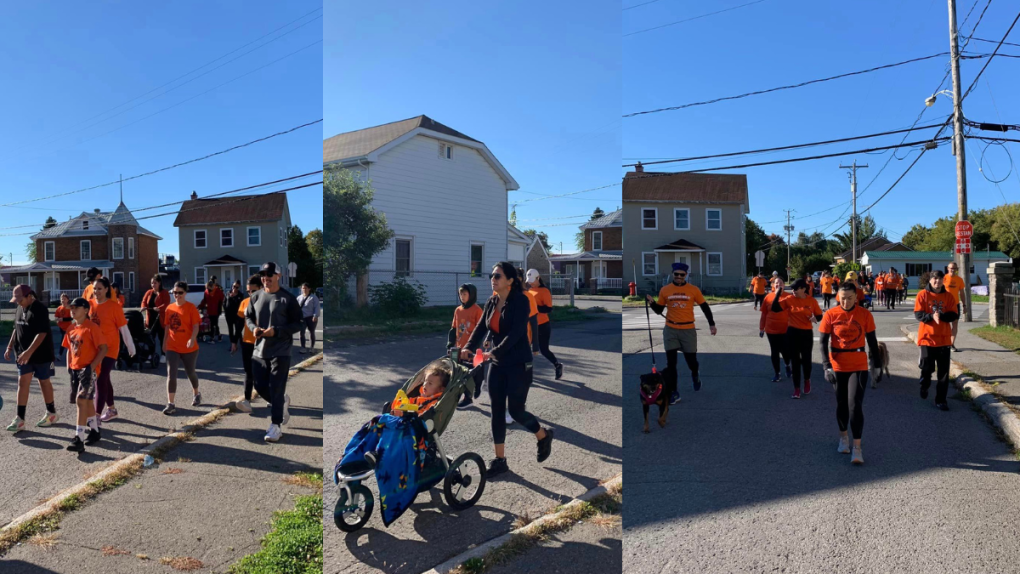 National Day of Truth and Reconciliation or Orange Shirt Day commemorates the "individual, family and community intergenerational impacts of residential schools and promotes the "every child matters" concept. 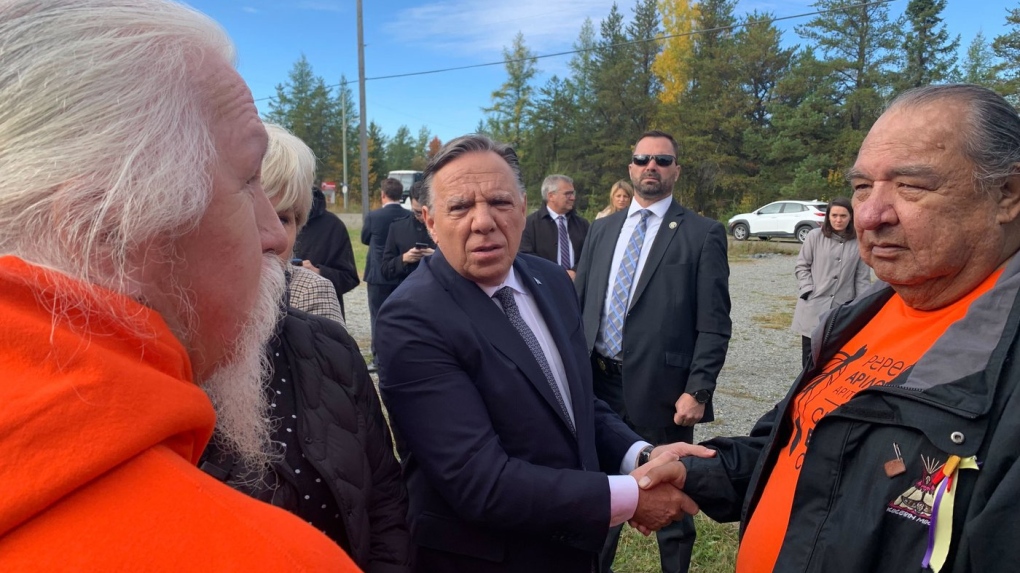 CAQ leader Francois Legault took a break from campaigning on Friday to visit the former residential school in Saint-Marc-de-Fleury.

He promised leaders there that he would spend more time with Indigenous people after the outgoing premier was criticized for ignoring the communities in the province.

The residential school in Saint-Marc-de-Figuery ran from 1955 to 1973 and was later demolished.