"It happened super fast," said Melissa Dufresne who, on a vacation to a friend's property in Saint-Jovite, Que., found herself in the path of raucous winds.

She had been sitting in a gazebo surrounded by trees -- many of which snapped under the pressure.

"It was like 10 seconds, all this destruction," she said, speaking to CTV while surrounded by fallen trees and debris.

Thankfully, no one was hurt, and the horses had been gathered safely inside before the storm hit.

"We were screaming," she said. "All the trees were falling at the same time." 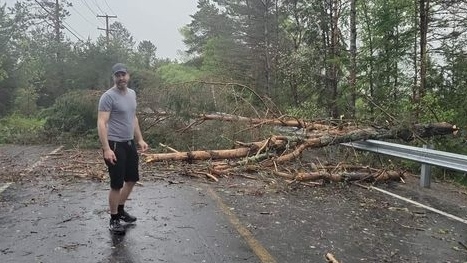 Nearby where Dufresne was sitting, a large tree was torn out of the ground, battering down a fence running the length of the property.

Several people wrote to CTV reporting blocked roads and standstill traffic because of the storm. Others complained of power outages and sent images of gumball-sized hail. 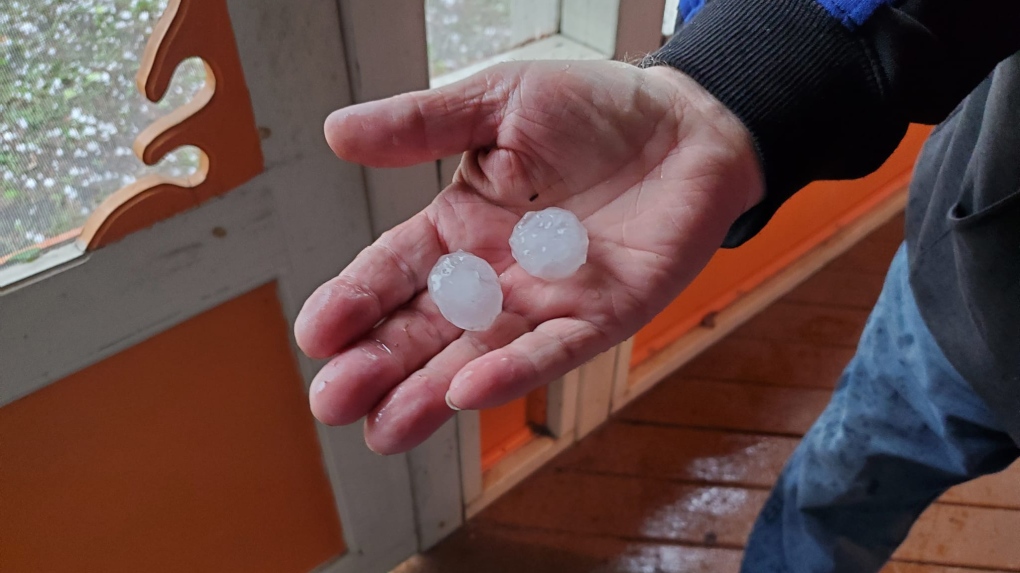 Saint-Gregoire resident Nancy Sissy snapped this picture of the hail which fell during heavy thunderstorms on Saturday, May 21, 2022 (Photo courtesy of Nancy Sissy)

"We want to assure you that we are doing everything possible to restore power as quickly as possible," wrote the company in a statement on its website.

The storm was caused in part by a mass of hot air travelling westward through lower Quebec. Stormclouds passed over some areas, while wreaking havoc in others.

That air mass also made for intense heat through the morning in Montreal, with humidex ratings forecasted into the thirties.

Some areas in Quebec are still under thunderstorm advisories. An up-to-date list can be found on Environment Canada's website.