Queen Mary Road in Montreal's Notre-Dame-de-Grâce neighbourhood is about to get four kilometres of reserved bus and taxi lanes which the city says will save commuters six minutes and 40 seconds of precious travel time.

But merchants along the strip are balking at the idea.

"Six minutes saved for somebody on a bus may cost me a customer — or two, or five," said Sandra Climan, owner of the Bibliophile Book Store near the corner of Queen Mary Street and Clanranald Avenue.

This fall, the City of Montreal and the STM plan to create two reserved bus and taxi lanes, each 2 kilometres long, from Macdonald Avenue to Cedar Crescent. They will operate during rush hours from 6:30 a.m. to 9:30 a.m. on the south side and from 3:30 p.m. to 6:30 p.m. on the north side.

To do this, though, the street will lose roughly 40 parking spots and that’s not sitting well with some store owners.

"The thing that makes my store special are the people," said Climan. "If they can’t get here, then it’s over. Over and out. Finished." 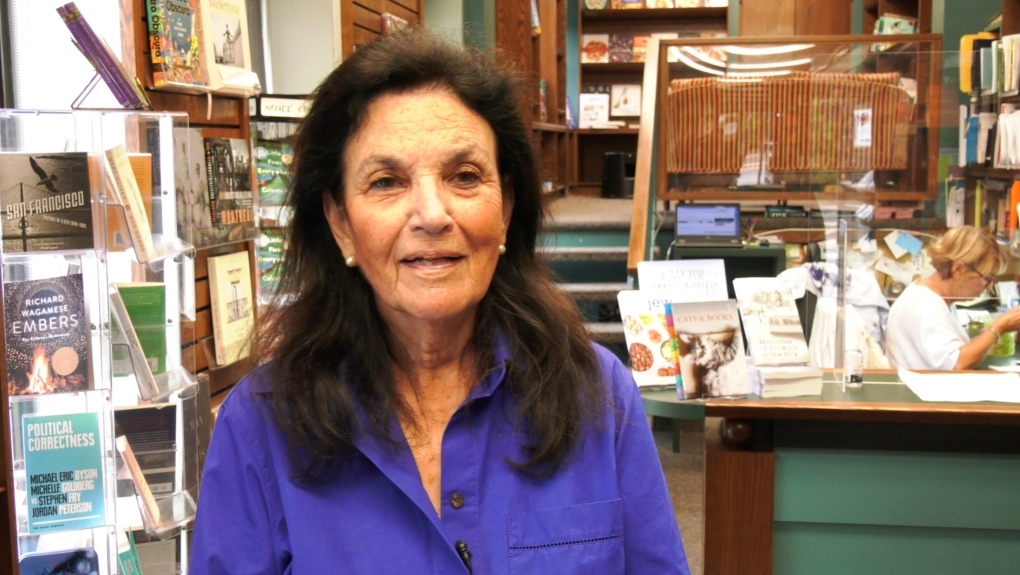 Sandra Climan is the owner of the Bibliophile Book Store near the corner of Queen Mary Street and Clanranald Avenue. (Iman Kassam/CTV News)

Down the street, children’s clothing store Jack & Jill has been on the Queen Mary strip for more than 70 years. Its owner said the city’s plan will cut into her prime time, which is after-school traffic.

"So what happens is, if there’s no parking, guess what happens — they just keep going or they go somewhere where they can park their car," said Barbara Vininsky.

The bus lane will speed up the commute for roughly 8,000 people and is part of the City of Montreal’s plan to increase the number of reserved bus lanes. The lane also aims to clear congestion coming on and off Decarie Boulevard.

Local merchants doubt the change will bring in more foot traffic and are calling on the city to amend its plan.

"We have 500 people who have signed a petition, all saying the same thing. Stores here don’t want a bus lane," said Vininsky. "We’re standing together."

"When you get a petition of 500 people, it requires action," said another merchant.

In a statement provided to CTV News, the City of Montreal said, "We have always been open to discuss and meet with the merchants. We already received them last May for a meeting and explained that we are available to hear and answer their questions as best as possible."

The statement added that another meeting is planned with the merchants before the lane is in effect.

"We understand their concerns and want to work with them to minimize the impacts and more importantly to bring positive changes on Queen-Mary and help attract more clients," the statement read.

Restaurant owners say they will lose more than dine-in customers.

"My main traffic comes in at 5 o’clock and if it’s an STM lane, my delivery drivers can’t stop their vehicle over here to pick up my stuff," said Eswar Kosuri, owner of Punjab Canteen, a new Indian restaurant on Queen Mary.

"They’re not going to accept any Door Dash or Uber deliveries from my restaurant. So it’s going to be a huge impact on my sales."

With the new bus routes planned for this summer and fall, Montreal’s network of reserved lanes will total 306.5 kilometres, which is expected to translate into roughly 25,000 speedier trips a day.