With the Pope en route to Quebec City, Indigenous support workers are offering their services to those in need.

Four healing tents are pitched on the Plains of Abraham in Quebec's capital, where Pope Francis is scheduled to visit early Wednesday evening.

70-year-old Delbert Sampson, a counsellor with Corrections Canada, is one of numerous healers stationed there.

Himself a residential school survivor, he uses traditional Indigenous healing practices to help other survivors work through their trauma -- trauma that is all too often shaped by violence, he explained.

"A lot of people are ashamed to talk about it, especially if it's been sexual abuse," he told CTV News. "And it's even [harder] for men to talk about this."

"We need to talk about that hurt and that pain we have. This is where we're able to help ourselves," he explained. 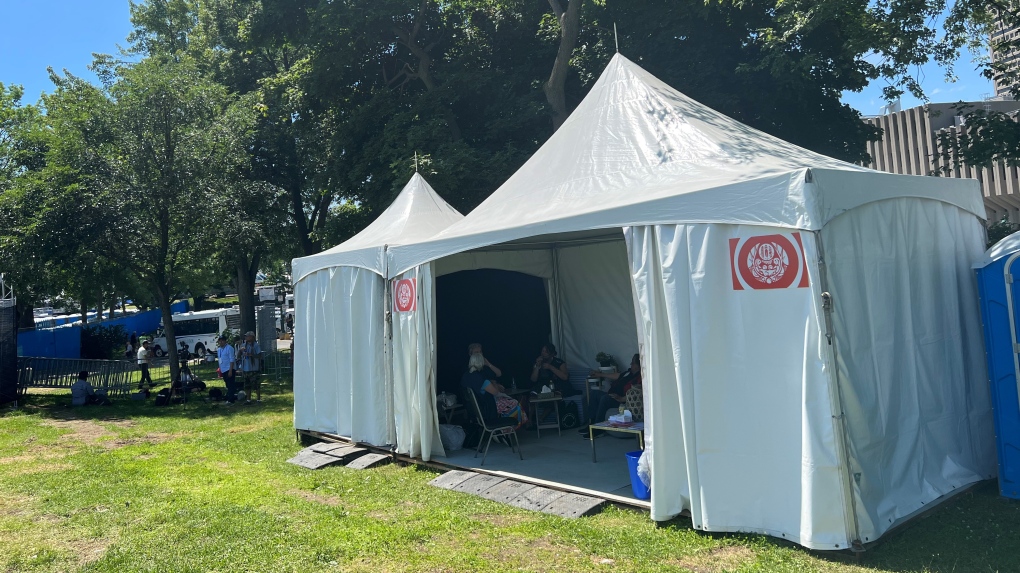 He is one of countless survivors the Pope is apologizing to on behalf of the Catholic Church during his visit to Canada.

"I am here because the first step of my penitential pilgrimage among you is that of again asking forgiveness, of telling you once more that I am deeply sorry," the Pope said in his official apology on Monday. "Sorry for the ways in which, regrettably, many Christians supported the colonizing mentality of the powers that oppressed the Indigenous peoples. I am sorry."

Counsellor Delbert Sampson is one of those at a healing lodge on the Plains of Abraham and feels a true apology from @Pontifex_fr involves actions in addition to words. @CTVMontreal pic.twitter.com/NQnZPZtLra

But for Sampson, this apology could go further.

He proposed the Pope partake in Indigenous spiritual practices, just as Indigenous children partook in Catholicism, usually not by choice.

"That would be a real apology."

The Pope's Quebec City schedule has been pushed back for a few hours due to flight delays.