'We lost everything': Quebec jeweller reports theft of over $1 million in overnight break-and-enter

MONTREAL -- Owners of a Montreal-area jewelry store say they’ve been robbed of 40 years of hard work after two suspected thieves made off with gold, precious stones and jewelry from their safes.

Owners of family-run Kirkland jewelry store Bijouterie Futuriste released what appears to be security footage of the act, which allegedly occurred at around 2:30 a.m. last Monday.

In the video, one of two hooded men appear to be tampering with electronics. “Look, there’s a camera there,” one can be heard saying, before placing his hand over the lens.

Mona Safadi, whose husband owns the shop, says the men cut the shop’s internet access and disabled all the cameras before making off with the goods.

She said her family first received word of the alleged break-in from the owners of a neighbouring laundromat, which the suspected thieves broke into in order to access to the jewelry store.

“She was in a big panic,” said Safadi. “They had broken through her walls to get to our store.”

Safadi says the men seemed to know what they were doing. After entering the laundromat, she says, they cut through a shared wall to get access to the shop.

“They actually cut several holes,” said Safadi. “They were looking for the right spot to enter, where they would have less interference from all of the lasers and alarm panels that we have set up.”

“They cut through the steel, they busted all the cement,” said store owner Rami Safadi.

“They hit our main safe, they hit four safes of ours, and we lost everything,” he added. “We’re talking over $1 million.”

The suspected thieves took diamonds, gold coins and necklaces, several kinds of gemstones, engagement rings, among other items. This also included pieces that customers had brought in to be repaired, Mona Safadi told CTV.

“It’s heartbreaking. We don’t have a retirement fund. Everything that we worked for is all here,” said the owner. “For anybody who owns a business, they know how it works. You take all your money, hard work and earnings, and put it all in the business.”

Montreal police say they received a call on the morning of Nov. 30 reporting the alleged crime.

A spokesperson for the SPVM told CTV that investigators are reviewing security footage from that night. They have made no arrests and are still trying to identify suspects.

Safadi says most of the merchandise was not covered for theft, citing high insurance costs. He said their family had instead put their trust in the security system.

It would cost them and additional $70,000 per $1,000,000 of merchandise to insure the goods, Safadi says, which would force them to mark up their prices considerably.

“How can you work with so many payments per month?” he said. “I can’t pass that on to the customer.”

It’s a similar story for many jewellers in Montreal, according to Eduardo Nunes, the owner of Bijouterie Rosas on St-Laurent Boulevard. He says he’ll never recoup his losses after thieves lifted two high-security safes from his shop. 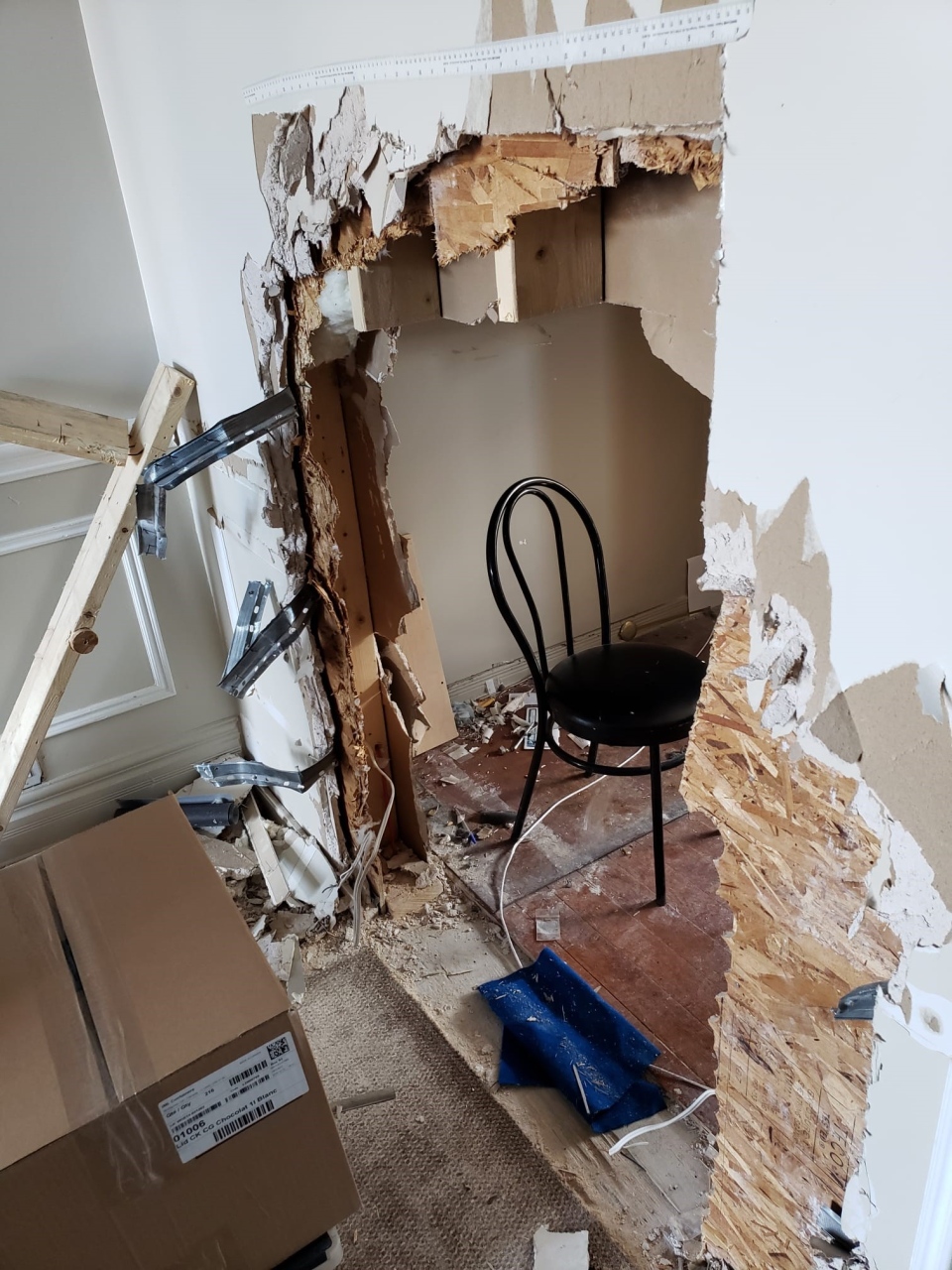 A large hole was left after Montreal's Bijouterie Rosas was the scene of a robbery which saw over a million dollars of jewelry and precious metals stolen on March 26, 2020 (Image courtesy of Andrew Nunes)

That night, he says he was nervous to go to sleep, and last checked his security cameras at 1 a.m. The next morning, at around 7:30 a.m., he checked them again.

“One of the cameras was blocked.”

When he arrived at the shop, he says he found his wall had been cut open. His says his shop was turned upside down, and two safes were gone, each weighing 1.5 tonnes and containing over a million dollars worth of precious metals, jewels, and other merchandise.

“Throughout the years, I had filled up my inventory and gold for my retirement,” he said. “At the end of the game, I have nothing. I'm back to square one. I have more debts than I had when I started 40 years ago.”

“It's like a horrible nightmare,” Nunes told CTV News. “I’ve lived this nightmare every day for almost two years. So when Mona called me and told me their situation, I was horrified.”

'OPEN FOR BUSINESS WITH BROKEN HEARTS'

Despite the reported damages and losses, Bijouterie Futuriste remains open for business.

“They never closed,” Mona Sadafi said. “They have the community to serve, [as well as] their clients who love them so much.”

“They're open for business with broken hearts.”

The family says they're offering a generous reward to anyone who returns their stolen jewelry. They can be reached via Rami@futuriste.ca.