If there's one thing the Pope can do to bring healing to Indigenous people, it's rescinding the Doctrine of Discovery.

That's according to residential school survivor Paul Dixon, 65, who was among many activists in Quebec City this week imploring the Pope to denounce the 600-year-old doctrine, historically used to justify Europe's colonization of Indigenous lands.

"I would quickly heal today, in the next minute [after] he rescinded," Dixon told CTV News at the Plains of Abraham Thursday.

That same message -- "Rescind the Doctrine" -- was present at the Ste-Anne-de-Beaupre basilica on Thursday, spelled out in bold, red letters.

Two demonstrators held the banner at the front of the church shortly before the Pope's mass began.

Residential school survivors like Dixon say the doctrine, stemming from a series of edicts called "papal bulls," is at the heart of injustices faced by Indigenous peoples.

One of these bulls, for example, ordered the spreading of Christianity across foreign lands.

"You should appoint to the aforesaid mainlands and islands worthy, God-fearing, learned, skilled, and experienced men, in order to instruct the aforesaid inhabitants and residents in the Catholic faith and train them in good morals," reads an excerpt from the 1493 bull issued by Pope Alexander VI. 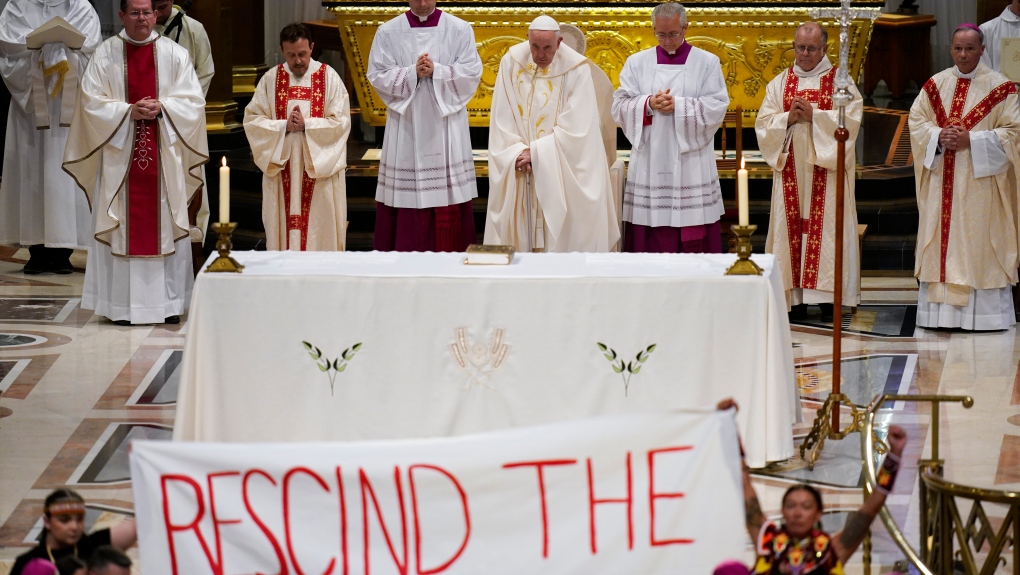 It's a philosophy that, centuries later, would justify the development of the residential schooling system -- a system Dixon was a victim of for 10 years.

"I'm still on the healing journey. That happened to me when I was just six years old. And you know, your childhood days and your teenager years, you can never get back." 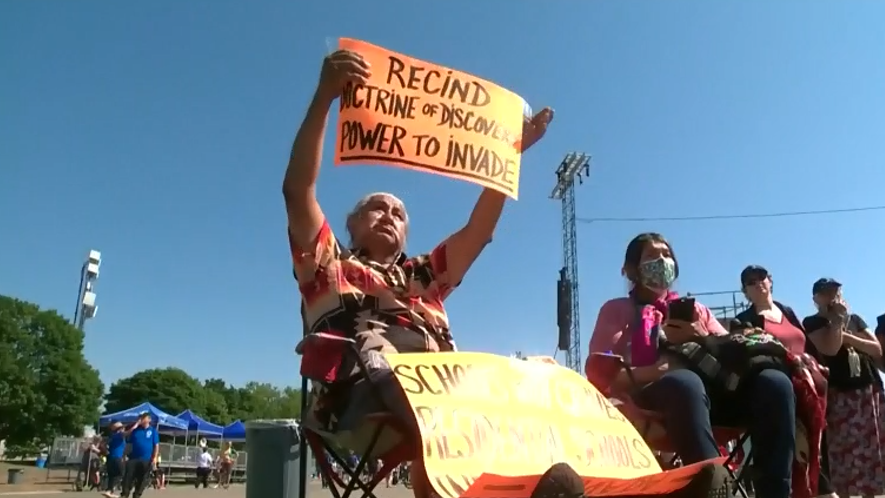 He said this trauma is something the Pope's apology can never undo.

"The Pope's apology, and at the Prime Minister's apology was never enough."

The Doctrine of Discovery has yet to be formally denounced by the head of the Catholic church, but organizers of the papal visit said Canada's bishops are working with the Vatican in hope of issuing a statement on the matter.

Dixon and others say true reconciliation requires it -- but he's not getting his hopes up.