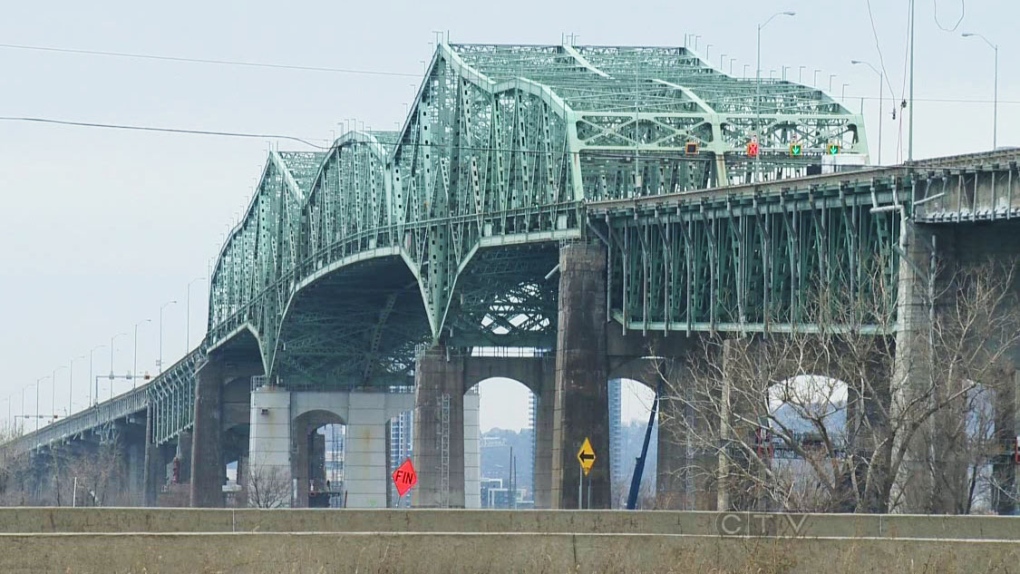 The 90-minute, $20 tours of the old Champlain Bridge will be offered over the first two weekends of November only.

Update, Oct. 25: Less than 24 hours after announcing guided walking tours of the old Champlain Bridge during the first two weekends of November, the Jacques Cartier and Champlain Bridges Incorporated announced Friday morning that the tours have already sold out.

The bridge authority said it will not be in a position to add more tours because of the preparatory work and inspections that need to be done before the bridge is taken down.

Guided tours of the #ChamplainBridge presented in collaboration with @heritagemtl caused a great deal of interest and we are surprised to see that all spots sold out so fast! A video will be produced and will give an overview of the visit. #byebyechamplain pic.twitter.com/Cq8WZWgWAw

MONTREAL -- The old Champlain Bridge will start coming down next spring, but the company that operates it and Heritage Montreal are teaming up to offer walking tours of the old span before it's gone.

The 90-minute, $20 guided tours will be offered over the first two weekends of November only, and those interested in taking part can sign up online. (Spaces are limited, the Jacques Cartier and Champlain Bridges Incorporated says).

Proceeds from the visits will go to Heritage Montreal, the venerable non-profit that promotes Montreal's archietctural and cultural heritage.

The JCCBI also announced Thursday that, following a competition, it had selected 10 reserach projects from groups interested in studying various aspects of the old bridge and its components, with the hope that they can develop innovative techniques regarding the sustainability of the bridge authority's infrastructures.

While it has not yet been decided what will be done with the components of the old Champlain, the JCCBI did release the final report (PDF) about the public consultation it held on the topic earlier this year.