The COP15 conference on biodiversity loss is underway in Montreal, but hundreds of delegates from developing countries are missing out due to visa issues.

This past summer, Immigration, Refugees and Citizenship Canada caused an uproar when it denied visas for multiple African delegates for the International AIDS Conference, also held in Montreal.

The department said it had procedures in place to make sure this month's UN summit goes smoothly, such as issuing special codes for delegates to get fast-tracked visas. 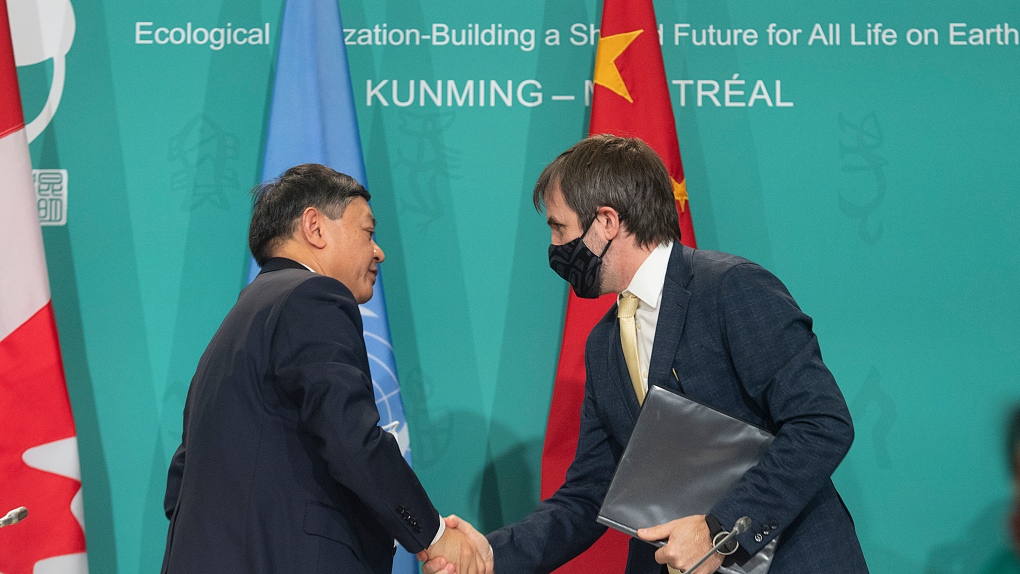 But environmental organizations say people in developing countries are telling them they have been denied, or their applications are still being processed as the conference gets underway.

They say the problems are particularly affecting Indigenous people in countries ranging from Pakistan and Peru to Indonesia.

Advocates say that leaves out the voices of people who are most impacted by the ongoing destruction of ecosystems.

Though you won't be able to sit on the old, cracked pleather benches and take in the thick smell of gravy and fries, while the gentle sound of clanging dishes provides the soundtrack for your lunch, Zellers plans to roll out food trucks for those 'craving a taste of nostalgia.'

'We must meet this moment': Trudeau delivers speech to Liberal caucus

Prime Minister Justin Trudeau called on his Liberal caucus to meet the moment as Canadians deal with the high cost of living, a struggling health care system and the effects of climate change.

Pamela Anderson is addressing discussion about a story regarding her 'Home Improvement' co-star Tim Allen that is part of her new memoir, 'Love Pamela.'

What looks like a giant teddy bear’s face peering into space from the surface of Mars is actually a satellite image of some craters and a circular fracture, scientists say.

Some U.S. auto insurers are refusing to cover some Hyundai and Kia models

Progressive and State Farm, two of America's largest auto insurers, are refusing to write policies in certain cities for some older Hyundai and Kia models that have been deemed too easy to steal, according to one of the insurance companies and media reports.